Lady Valeur Looks Like A Rising Star For Eclipse

It was a historic week for the Eclipse stable last week when All World bounded to victory to notch the stable’s 100th win.

It didn’t take long for the baby blue and black to surpass the century mark, as Lady Valeur (below) soared to a scintillating 5 1/2-length triumph on the turf at Santa Anita on Saturday, splashing onto the American Turf scene like a true star in the making.

The Irish import made an auspicious stateside debut a month ago, hinting she was potentially destined for stardom, and her stylish performance on Saturday at The Great Race Place validated that notion when she dropped jaws with a breathtaking display of acceleration in the 1 1/8-miles turf affair under the Hall of Fame hands of jockey Gary Stevens. Lady Valeur has Graded Stakes written all over her as she streaks into the thick of her sophomore season.

On the other coast, War Correspondent was all the rage and bet like a good thing in the Grade 3, $150,000 Tampa Bay Stakes and everything looked to be going perfect until he got sawed off at the 3 furlong marker and went from the penthouse spot to the doghouse in the blink of an eye. The handsome son of War Front lost all chance and was taken care of by John Velazquez so that he can fight another day.

Strong was aggressively spotted for his career debut at Gulfstream Park and ran a very solid race, encountering trouble and still coming within a length of winning while having to settle for 4th. The son of Harlan’s Holiday relished the sod and a route of ground, so don’t be surprised if he rifles up the ladder now that he’s got a maiden voyage under his girth.

This coming weekend was shaping up as high action from coast to coast, but a couple of audibles to other spots and some races not filling changed the weekend’s docket considerably, leaving Eclipse with just a single runner representing the stable. 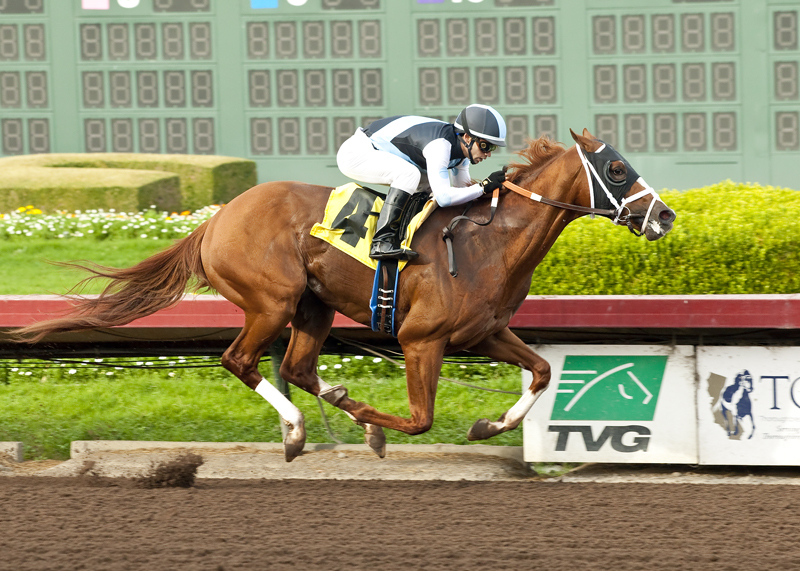 American League (above) will try to touch ’em all at Santa Anita this afternoon with apprentice sensation, David Lopez in the batter’s box. This 3 year-old son of Old Fashioned out of a Grand Slam mare is blossoming for trainer Michael McCarthy and looks live if he can handle the up in trip to a mile. 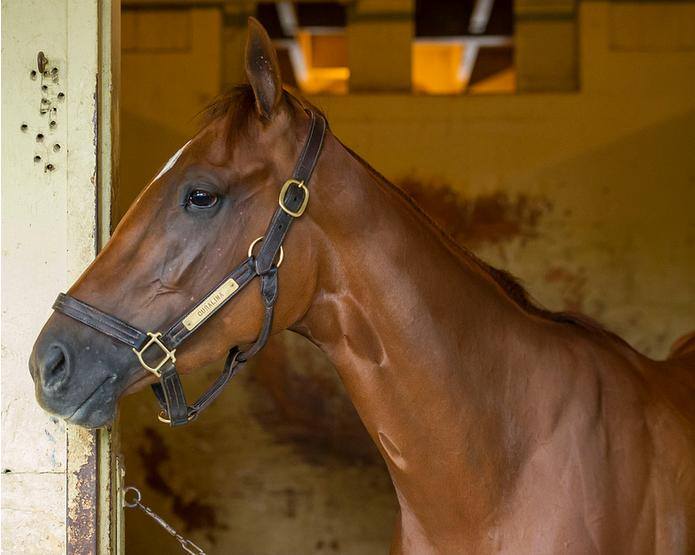 In some other exciting stable news, the franchise filly, Curalina, has returned to the barn of Todd Pletcher at Palm Beach Downs in South Florida. An earner of over $1 million and a multiple Grade 1 winner and 3rd in last year’s Breeders’ Cup Distaff, Curalina is getting back into the Pletcher program and will again target a Championship caliber season culminating in the $2 million B.C. Distaff.

To read a story on Curalina’s return from vacation, which graced the front page of yesterday’s TDN check out:

The Eclipse 2 year-old in-training scouting team is chomping at the bit to get down to Gulfstream for the Fasig-Tipton Sale on March 2nd, and, of course, the OBS March Sale on March 15th and 16th, where the stable is hungry to maintain it’s stellar record of uncovering hidden gems at value for money who develop into Grade 1 Champs on the big stage for our partners.