Thursday, March 10, and Saturday, March 12, provided excitement on the racing front for the partners and fans of the baby blue and black silks of Eclipse Thoroughbred Partners, as the stable remained on fire with a 3 win week to kick off March Madness.

On Thursday at Santa Anita, Eclipse’s four-year-old daughter of Quality Road, Illuminant (left), won her Allowance race in scintillating fashion. After two wins last fall, Illuminant gave two very creditable performances in two Grade II stakes before returning to the Allowance ranks. She stalked the pace being third for the opening three-quarters of a mile before surging to the lead while three wide in the stretch drawing off to a four and one-half length victory in this mile turf test. Purchased out of the Ocala Breeders Sale of Two-Year-Olds in Training in 2014, Illuminant is trained by Michael McCarthy and was ridden to victory by Flavien Prat. She now has three wins in nine starts with earnings of $152,650.

On Saturday at Gulfstream Park, Brinkley (below), a three-year-old daughter of City Zip, returned from a six month freshening to prove best in a five furlong maiden turf sprint. Following two third place finishes as a two-year-old in New York, Brinkley was given time for further maturing both physically and mentally. While dueling for the lead under Luis Saez in very fast fractions going the opening quarter in 21 and change while pressured throughout, Brinkley would not be denied winning by one-half length. This filly is trained by future Hall of Fame trainer Todd Pletcher. 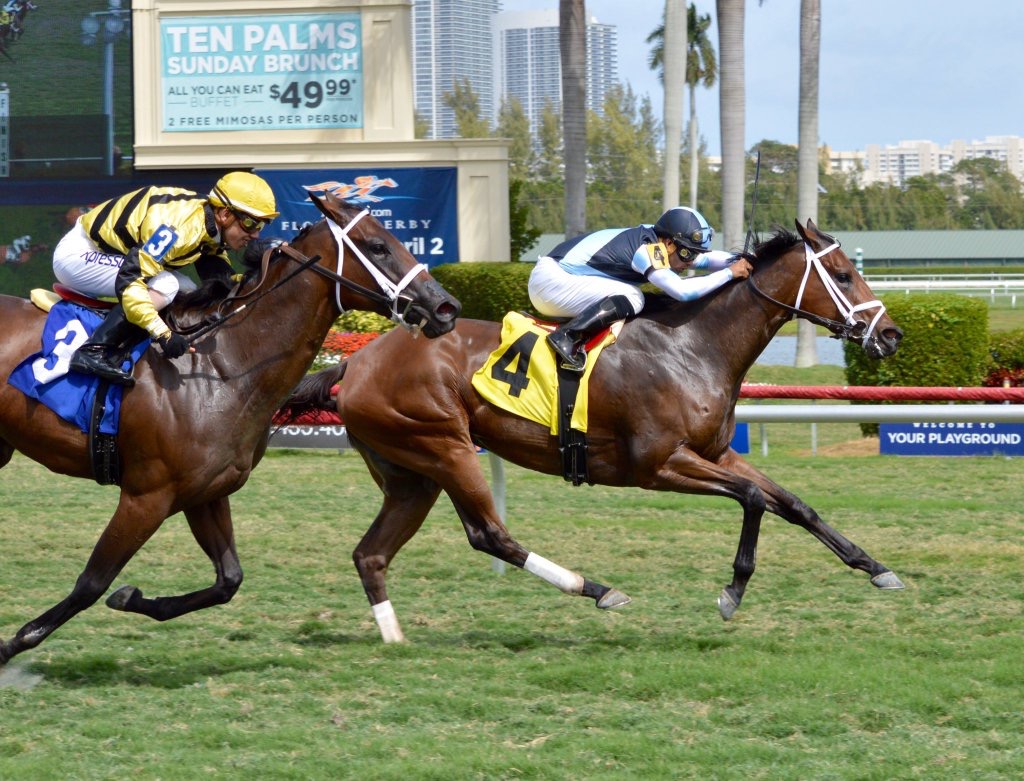 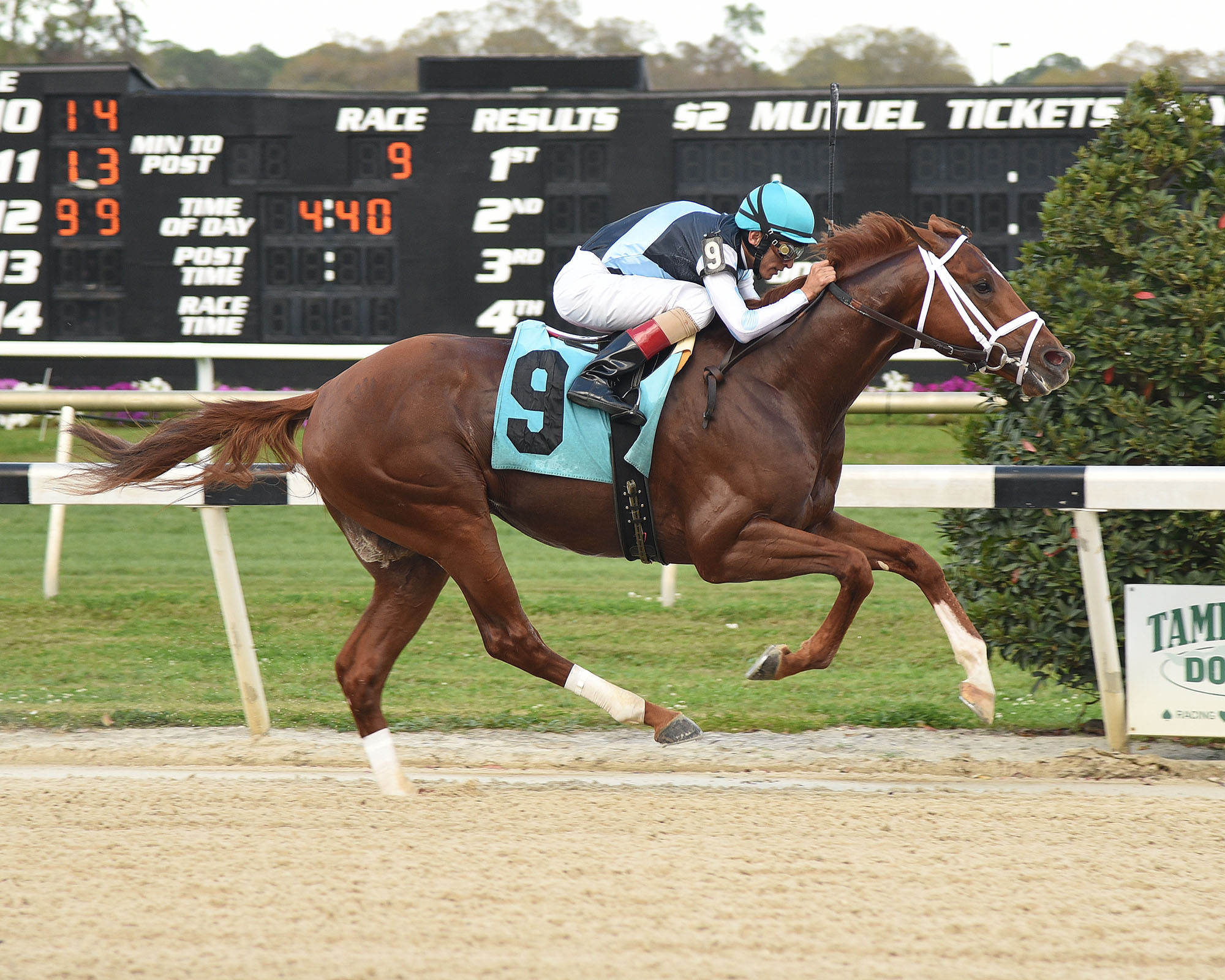 Decorated Soldier’s (left) training over the past several weeks has caused us to have a very high level of anticipation and it came to fruition at Tampa Bay Downs on Saturday. This three-year-old son of Proud Citizen ran once at two finishing fourth in a trouble-filled trip. Given time to grow up physically and from a mental standpoint, Decorated Soldier has been training under the care of Todd Pletcher. In his maiden win at Tampa Bay, under the expert handling of Hall of Fame jockey John Velazquez, Decorated Soldier broke sharply and while third early on, he took command in the turn overwhelming the field while on his way to a seven and one-half length victory. Decorated Soldier threatened the track record for the six and one-half furlong distance and Pletcher commented after the race, “He should only get better with more distance.”

Lady Valeur finished second in her racing debut in Ireland last September and soon after was purchased by Eclipse Thoroughbred Partners.. She came to the United States and was placed under the care of Paddy Gallagher in California. The three-year-old daughter of Multiplex trained with enthusiasm and again finished second in her state side debut at Santa Anita on January 17. She came back on February 13 to dominate her opposition winning by five and one-quarter lengths. With only the maiden victory under her belt, it was felt Lady Valeur was a stakes quality filly. Under Hall of Fame jockey Gary Stevens, she proved on Saturday evening in the $75,000 China Doll Stakes going a mile over soft turf, she does belong in stakes company. Lady Valeur finished an excellent second beaten only a neck. Stevens summed it up best saying, “She’s a good thing. Everything went against her today and I never was able to ask her for her best and she still almost won. She only earned more respect from me today and I am more excited than ever about the future. We are going to have so much fun with her.”

Based on what we observed in California and Florida, the Eclipse partners involved in these various partnerships are going to have a lot of fun with all of these horses!