Eclipse had a nice weekend last week, registering a win, a place and a show from 3 starters.

The weekend results were a phenomenal illustration of the diverse manner in which Eclipse acquires equine athletes for the stable.

Danza, a Keeneland September Yearling purchase, was the first 2 year-old starter of the season for the baby blue and black and wasted no time at all in getting the freshman squad off the mark with an impressive debut win at Belmont Park. The Grade 2, $200,000 Saratoga Special at The Spa is next for the talented son of Street Boss.

On Saturday, Byrama, a European import, put forth her typical gutsy and high class effort when 3rd in the Grade 2, $200,000 A Gleam Handicap at Hollywood Park. She will surface next at Del Mar in the Grade 1, $300,000 Clement L. Hirsch.

The weekend was capped off by a stellar run from Bajan, who was arguably best in her career unveiling when checking in a troubled 2nd behind a well-regarded pack of colts at Hollywood Park. The 2 year-old in-training purchase will be any price to break her maiden in August at Del Mar. 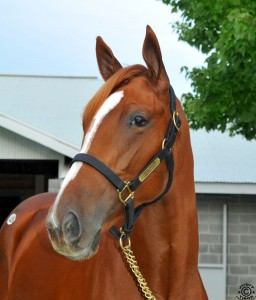 The upcoming weekend is action-packed and will be another fine display of the flavor and variety provided by Eclipse.

Battlefield Angel, a yearling buy from last September, makes her initial racetrack appearance in Chi-Town on Friday. The daughter of Proud Citizen has been flashing talent in the morning and could be live for Wayne Catalano and Florent Geroux in the lid lifter this afternoon at Arlington Park.

On Saturday the action shifts to upstate New York where Silsita, a Graded Stakes winner for the stable since being plucked out of a maiden win last winter at Calder, will go postward in the $100,000 My Princess Jess Stakes. John Velazquez will be in the tack for Todd Pletcher at Saratoga.

Sunday provides the stable with a 2-headed monster in the form of Judy In Disguise and Charlie Em, both of whom will don Eclipse colors in the Grade 2, $150,000 San Clemente Handicap at Del Mar. Each filly, scouted and acquired from across the pond, has won a Stakes or Graded Stakes since coming stateside. 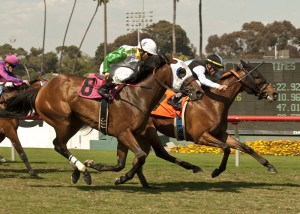 The fun continues on into Monday when the 2 year-old in-training acquisition, Super Sky, makes her first start of her life in a grass dash at Saratoga for Todd Pletcher. The daughter of Sky Mesa will have John Velazquez in the saddle.

If you happen to be in Del Mar this weekend, Aron will be speaking and presenting at a Thoroughbred Owners of California seminar on Sunday morning at Del Mar. Information on the seminar, which specifically deals with how to acquire racehorses can be found at: http://www.toconline.com/files/TOCflyer.jpg