Eclipse Thoroughbred Partner’s three-year-old filly, Feathered, has been knocking on the door in Grade I stakes. She will run Saturday in the $500,000 Queen Elizabeth II Challenge Cup (Grade I) at Keeneland and we will see if the door will open This daughter of Indian Charlie has competed in four Grade I events registering two seconds, a third and a fourth racing over both dirt and turf.

As a two-year-old, Feathered broke her maiden in her second career start at Saratoga in August of 2014. After finishing fourth beaten only a length in the $2 Million 14 Hands Winery Breeders’ Cup Juvenile Fillies (Grade I) at Santa Anita, Feathered completed her two-year-old campaign finishing second to Eclipse Award winner Take Charge Brandi in the Starlet Stakes (Grade I) also in California.

Feathered moved to the turf course for the first time on the 2015 Kentucky Oaks Day at Churchill Downs and was a most impressive winner leading wire to wire. She followed the victory with second place finishes in the American Oaks (Grade I) at Santa Anita and the Lake George Stakes (Grade 2) at Saratoga beaten less than a length in each race.

On August 30 at Saratoga, Feathered was a dominating winner of an Allowance race. She comes into the Queen Elizabeth II Stakes in great form with career to date earnings of $574,974

Going as the ninth race at Keeneland, the Queen Elizabeth II will cover one mile and one-eighth over the turf course. Trained by future Hall of Fame trainer Todd Pletcher, Feathered will be ridden by Javier Castellano at 5:30 EST. 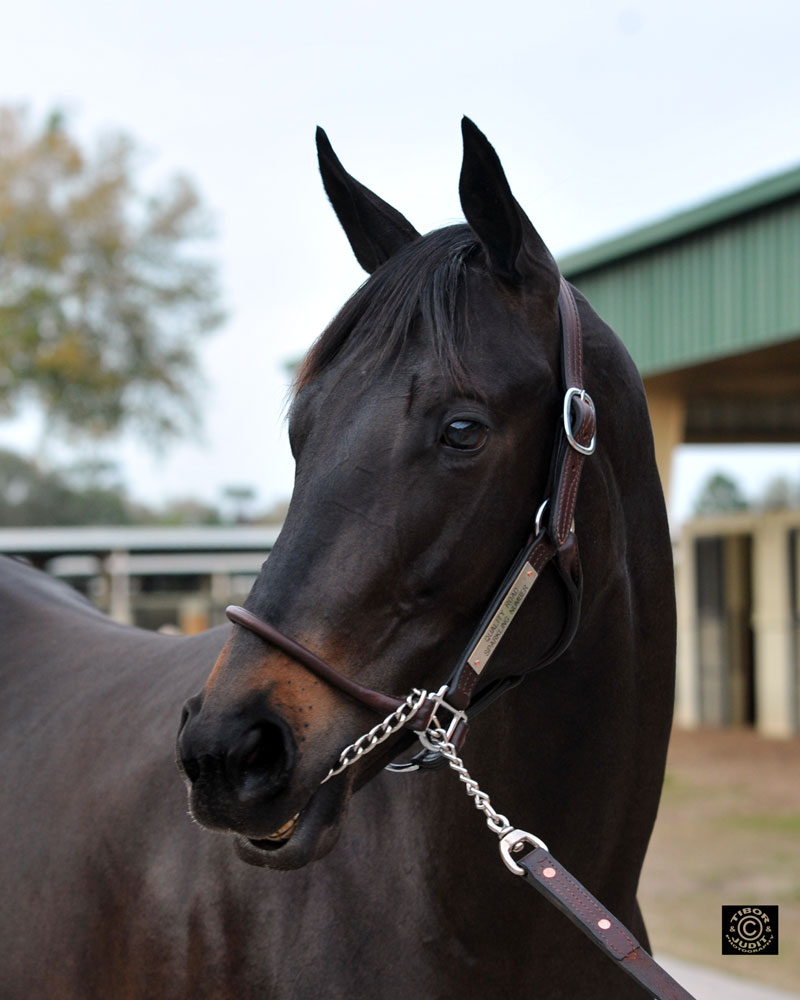 On Saturday, the baby blue and black silks of Eclipse Thoroughbred Partners will also be represented by the two-year-old filly Illuminant at Santa Anita. This daughter of Quality Road will travel over the grass six and one-half furlongs down the hill. Illuminant is coming off of a strong second place effort beaten only a nose at Del Mar on August 15. She has recorded two seconds in only four lifetime starts and is a prime candidate to break her maiden on Saturday.

Illuminant is trained by Michael McCarthy and she will be ridden by the meet’s leading rider, Rafael Bejarano. Going as the second race, post time is 1:30 PST.

Mission Driven, a winner at Saratoga, finished third in the $300,000 Dueling Grounds Derby on September 14 in Kentucky. This three-year-old son of Awesome Again returns to action at Keeneland on Sunday. Mission Driven, a private purchase by Eclipse in July, has finished in the top three in five of his eight career starts. For Eclipse, he has a win and two thirds in three starts. 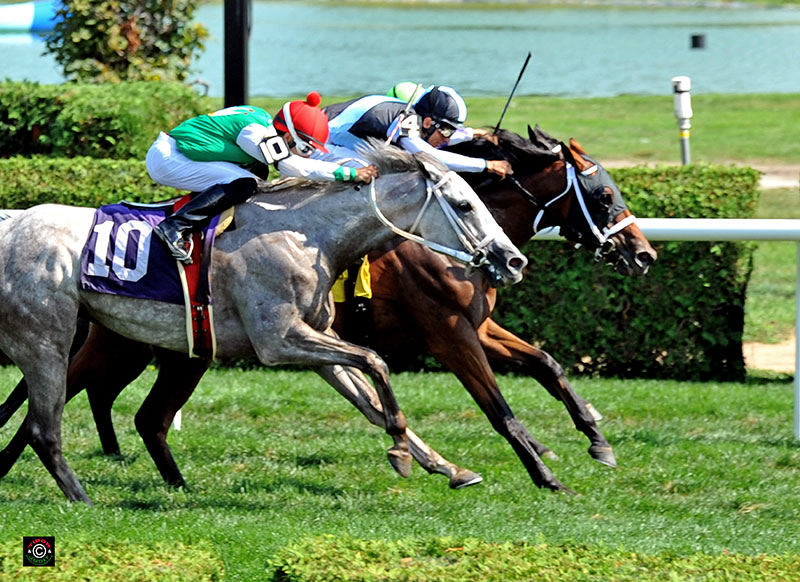 Mission Driven (left) will cover one mile on the grass in the seventh race at Keeneland. Trained by Wayne Catalano, he will be ridden by the trainer’s son-in-law, Channing Hill at 4:24 EST.

Also on Sunday at Santa Anita, Hiking will run in the sixth race. This four-year-old daughter of First Defence began her racing career in Great Britain before being purchased by Eclipse and making her stateside debut finishing third at Del Mar in an Allowance race. Trained by Simon Callaghan, Hiking will be ridden by Hall of Fame jockey Gary Stevens. She will cover one mile and one-eighth over the Santa Anita turf course at 3:30 PST.