Should Mother Nature allow, Eclipse Thoroughbred Partners has a busy weekend planned highlighted by Matterhorn (left) running in the $400,000 Kelso Handicap (Grade 2) at Belmont Park on Saturday. This four-year-old son of Tapit will face arguably the top older horse in the country, Honor Code, winner of the Metropolitan Mile (Grade 1) and the Whitney Stakes (Grade 1) in his past two starts. Matterhorn has many talents but he cannot read the past performances of his competition so to him, Honor Code is just another horse.

Purchased soon before the 2014 Belmont Stakes, Matterhorn has undertaken a solid and impressive 2015 campaign indicating he deserves the opportunity to tackle this lucrative and prestigious race. Since May, Matterhorn has recorded three wins in five lifetime starts including a third in the $150,000 Philip H. Iselin Stakes (Grade 3) at Monmouth Park in August. On June 28 Matterhorn won over a very sloppy surface at Belmont and very well may encounter similar conditions on Saturday.

Matterhorn will be ridden by Joe Bravo, one of the hottest big race riders in the country right now. Future Hall of Fame trainer Todd Pletcher will saddle the colt. The Kelso, covering one mile, will go off as the fifth race at 2:37 EST. The field consists of only seven horses and Matterhorn has the far outside post.

Beginning with this past Wednesday, the baby blue and black silks of Eclipse Thoroughbred Partners were scheduled to be represented in seven turf races in New York, Delaware, Maryland and Kentucky. Due to heavy rain on the East Coast in the middle of the week, our three-year-old New York-bred filly, Capriana was scratched from her Allowance turf test at Belmont on Wednesday. This daughter of Street Boss has two wins and a second in four lifetime starts, all on the grass. On the same day, Tango Time a most impressive winner on the grass at Saratoga, scratched from her grass Allowance race also at Belmont. 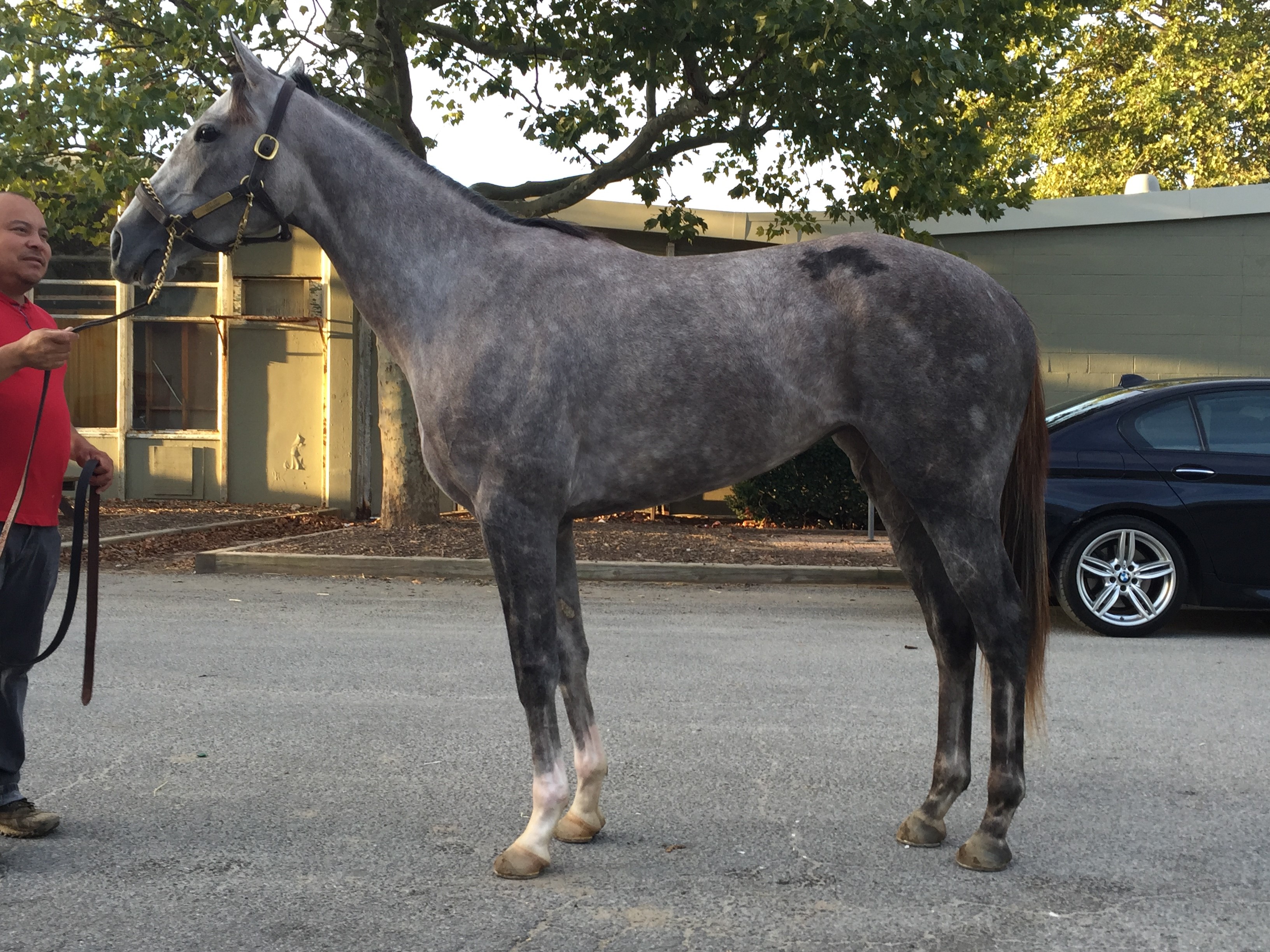 Bea Bea (above), a two-year-old New York-bred daughter of City Zip, just recently purchased by Eclipse, will run in the ninth race at Belmont on Friday. Originally carded for the grass, the race has been moved to the main track. Bea Bea finished a fast closing second in her only start which was on the grass. Trainer Richard Violette believes the filly will handle the dirt surface just fine so Joel Rosario will ride at 5:19 EST. The distance is six furlongs.

This Saturday Jacques Cartier is entered to run in an Allowance turf test at Delaware Park and Craftsman is scheduled for an engagement at Laurel Park in Maryland. The East Coast is expecting a visit from Hurricane Joaquin so a surface switch would not be surprising at both tracks at all. Jacques Cartier, a three-year-old son of Midshipman, was purchased by ETP soon after breaking his maiden in his career debut in late March in Florida. Now trained by Christophe Clement, he needed some time off following that effort and returned to finish fourth in August at Monmouth Park. With that race under his belt, we look for a strong effort in the seventh race at Delaware at 4:15 EST. Being as both of his previous starts were on dirt, Jacques Cartier will run even if the race is taken off the grass. Angel Serpa will ride. 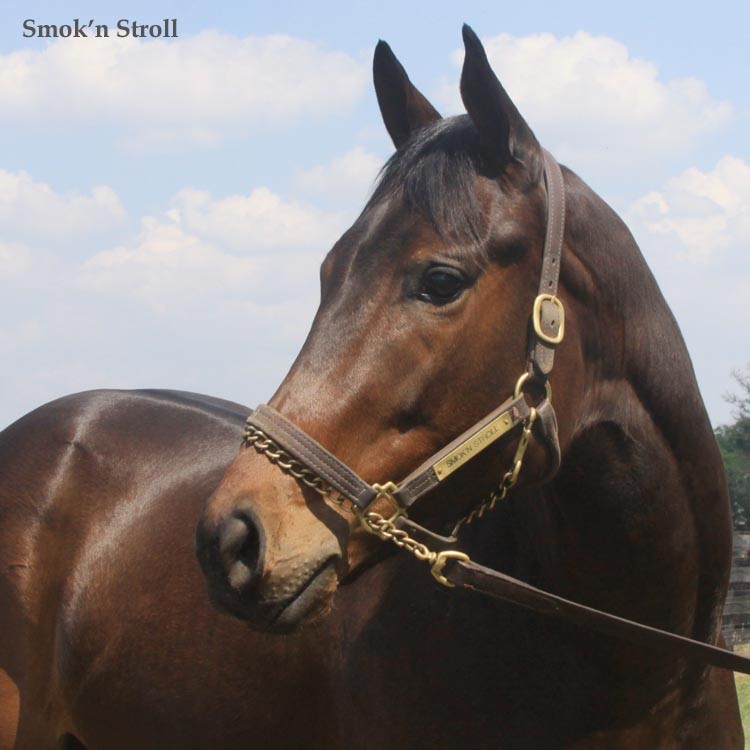 Also on Saturday, Craftsman, a four-year-old son of Mastercraftsman (IRE) is slated to run in the ninth race at Laurel Park. Craftsman, the winner of the Nick Shuck Memorial Stakes at Delaware Park in July of 2014, has never competed over the main track in fifteen lifetime starts so an audible may be called Saturday morning. Should the race stay on the grass, trainer Arnaud Delacour has named Luis Garcia to ride. Craftsman is in the ninth race at 5:11 EST covering one mile and one-sixteenth over the turf course.

On Sunday, October 4, Smok’n Stroll (right), a three-year-old daughter of Stroll, is ready to make her career debut in the first race at Belmont Park going six furlongs over the grass. Trained by Todd Pletcher, this filly will be ridden by the hot apprentice jockey Eric Cancel at 12:55 EST. As stated, wet weather is in the forecast so we will take a look at the track conditions Sunday morning before making a decision on whether to wait for another day.

Gaslamp, a three-year-old son of Colonel John, is in the entries for the fourth race at historic Keeneland on Sunday. Coming off a second place finish in his Maiden Special Weight race at Churchill Downs on the grass on September 12, we obviously prefer to stay on that surface but if moved to the main track, Eclipse President Aron Wellman and trainer Wayne Catalano will discuss a game plan as to whether to run or not. If Mother Nature relents, Channing Hill will run at 2:50 EST. The distance is one mile and three-sixteenths on the sod.