Tango Time and Mission Driven will carry the baby blue and black silks of Eclipse Thoroughbred Partners in graded stakes on Saturday in New York and Illinois. Before then, American League will run Friday in a two-year-old Maiden Special Weight race at Santa Anita.

Tango Time will face-off against twelve others in the $200,000 Athenia Stakes (Grade 3) at Belmont Park. Tango Time, a four-year-old daughter of Danehill Dancer, was purchased privately by Eclipse Thoroughbred Partners in the summer of 2014 after launching her career in Ireland with a win, second, third and fourth in four career starts. She had a setback soon after her arrival delaying her stateside debut until this past July at Belmont Park where she finished fourth in a traffic-filled trip. Tango Time came back at Saratoga on August 29 and impressed all in attendance with a rail skimming move before splitting rivals inside the eighth pole and spurting clear to win by 2 Â¼ lengths. Future Hall of Fame trainer Todd Pletcher has been enthusiastic about her training and he and Eclipse President Aron Wellman feel she is worthy of jumping into graded stakes company.

The distance of the Athenia Stakes is one mile and one-sixteenth over the Belmont turf course going as the ninth race. She will be ridden by Javier Castellano at 5:19 EST.

Mission Driven, also a private purchase by Eclipse this past July, will race in the $150,000 Hawthorne Derby (Grade 3) in Illinois on Saturday. Mission Driven is a three-year-old son of Awesome Again who has a win and two thirds in three starts racing under the Eclipse silks. He had a nightmare trip at Saratoga in late July before bouncing back to win an Allowance race by a head over that same oval on August 16 in a very game performance. Mission Driven finished third beaten just over two lengths in his stakes debut at Kentucky Downs in the $300,000 Dueling Grounds Derby on September 14.

Trained throughout his career by Wayne Catalano, Mission Driven will be ridden by Julio Felix while facing off against eleven others in the eighth race at Hawthorne Park. They will cover one mile and one-eighth over the turf course at 5:40 CST. 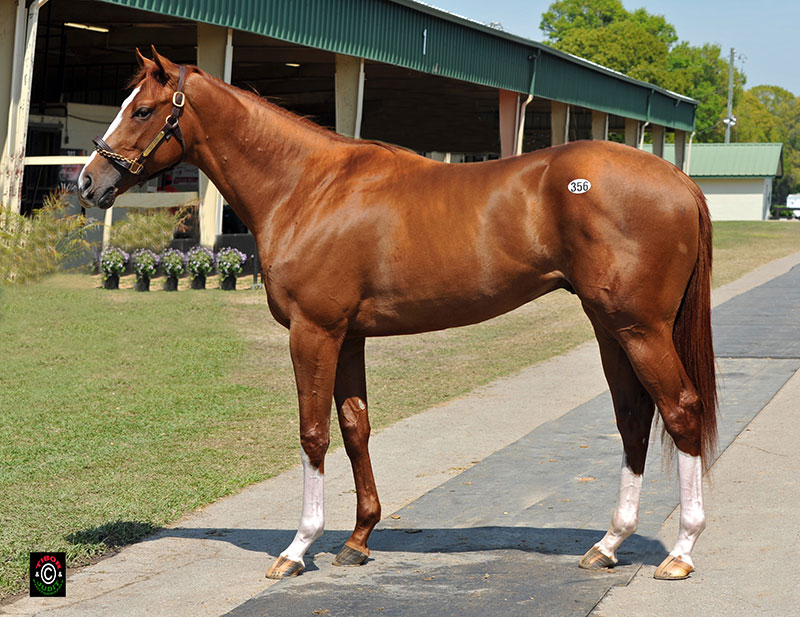 American League (above), a two-year-old son of Old Fashioned, will run Friday in the third race at Santa Anita in a Maiden Special Weight test going six and one-half furlongs down the turf course hill. Purchased at the Ocala Breeders’ Sales March Two-Year-Old in Training Sale, American League shipped directly to California. Under the care of Michael McCarthy, he has shown good promise in his two career starts and will be salty on Friday with those two races under his belt.

American League will face nine other juveniles and will be ridden by James Graham in the third race at 2:00 PST. 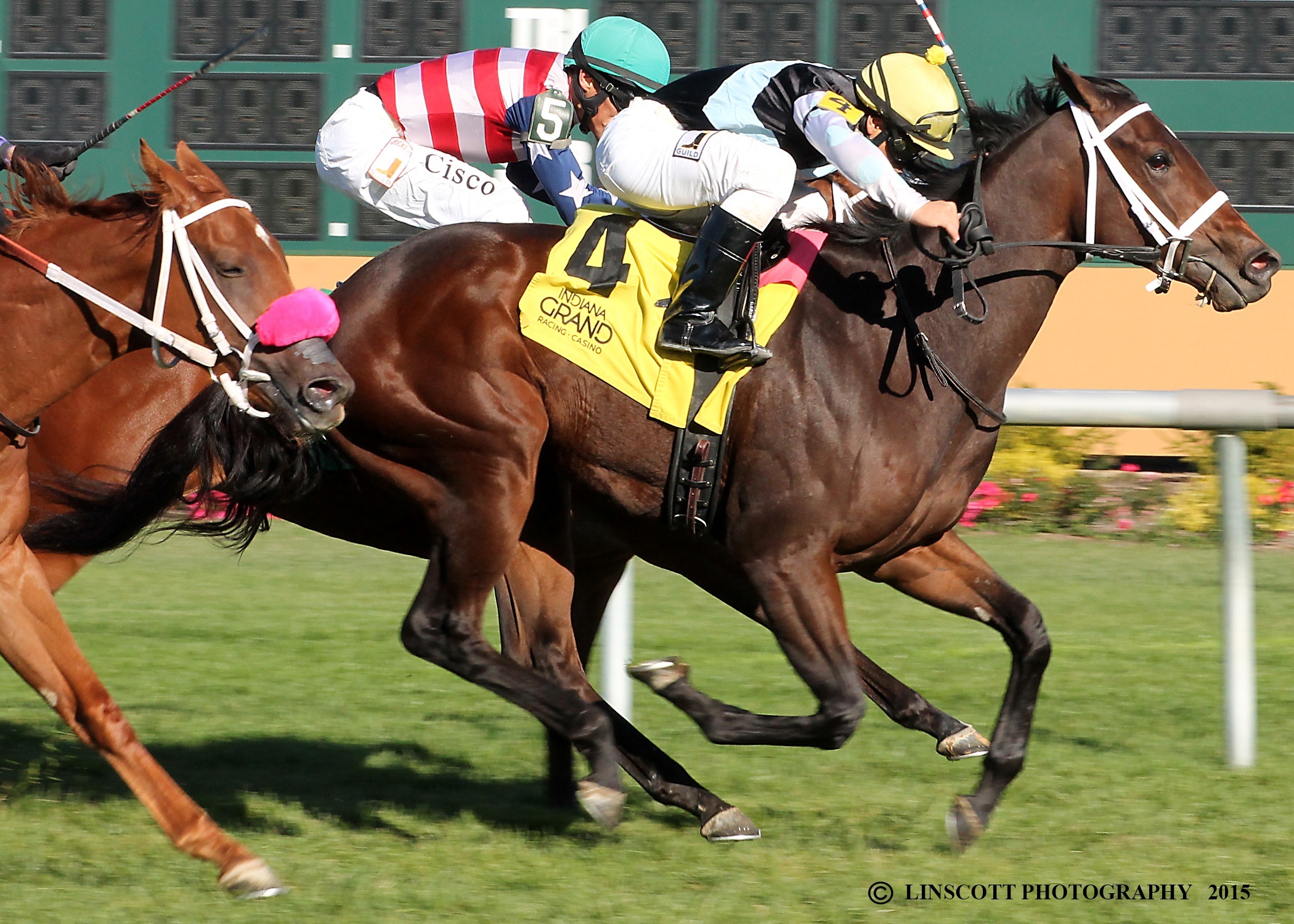 On Wednesday, October 14, World Peace (left), a two-year-old daughter of Ready’s Image was very impressive winning her career debut at Indiana Grand. World Peace showed grit, determination and a great deal of professionalism. She stalked the 3-5 favorite before running that filly down inside the eighth pole sprinting to a neck victory. World Peace is trained by Wayne Catalano and was ridden by meet leading rider Albin Jimenez.

Eclipse President Aron Wellman commented, “We had a feeling this filly had something special about her and she proved it today.”