Saturday is a day of Saturday players for Eclipse Thoroughbred Partners. War Correspondent and Gimlet will display the baby blue and black silks at Gulfstream Park.

War Correspondent has never finished worse than third in eight career starts. A two time winner in France, he came to the United States and settled into the barn of Christophe Clement. Following a win in his stateside debut in an Allowance race at Monmouth Park, the colt was purchased by Eclipse Thoroughbred Partners. War Correspondent then finished second in the $225,000 Autumn Stakes (Grade 2) at Woodbine in November of 2014. In February of this year, he put in a late rally to finish third in the $300,000 Gulfstream Turf Handicap (Grade I). He then broke through with the win in the Appleton Stakes at Gulfstream in March. Requiring time off in the spring and summer, Clement now says, “He is training very well at Payson Park, he did very well at Gulfstream last winter and we have Johnny (Velazquez) to ride, so this is exciting.”

Since his Graded Stakes win in March, Eclipse has solidified a stallion deal with Calumet Farm and also a partnership with Kevin Plank’s Sagamore Farm to campaign War Correspondent so we welcome them to the family and feel honored to race this exceptional colt together.

War Correspondent has the far outside post position in a field of eleven. The distance of the El Prado is seven and one-half furlongs over the Gulfstream turf course. Post time is 5:05 EST. 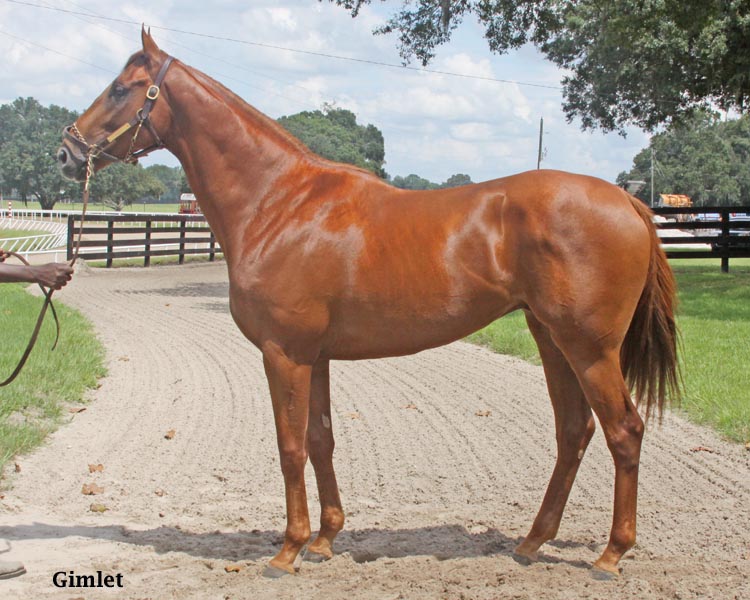 Earlier on the program at Gulfstream on Saturday, Gimlet will make his career debut in the seventh race. He is a two-year-old son of Lemon Drop Kid. Aron Wellman, President of Eclipse Thoroughbred Partners, reports,” Gimlet has been touting himself as a serious racehorse in the making and will face the starter for the first time in a grassy Maiden Special Weight heat.”

Purchased out of the Ocala Breeders’ March Two-Year-Old in Training Sale, Gimlet is now under the care of multiple Eclipse Award winning trainer Todd Pletcher. On Saturday, he will travel seven and one-half furlongs under jockey Javier Castellano. Post time for the seventh race is at 3:05 EST.

On Thursday, Eclipse’s two-year-old American League was a winner at Los Alamitos in California. American League stalked the leader early on, came up on the outside, and proved much the best drawing clear of the field on his way to a five and one-quarter length victory. Ridden by David Lopez, this son of Old Fashioned is trained by Michael McCarthy. He, also, was purchased at the OBS sale in March.