When Eclipse Thoroughbred Partners launched its stable in the latter part of 2011, it was with the goal of building a quality stable capable of providing racing partners with the opportunity to participate with top caliber racehorses, racing at upper echelon venues and competing in lucrative races. While Eclipse has already visited the winners’ circle on a few occasions and garnered several Stakes and Graded Stakes placings, including a Breeders’ Cup top 3 finish with just 11 starters to hit the track to date, the upcoming weekend of February 25th and 26th rates as an early culmination of sorts for the fledgling stable as 3 of the stable’s star bound 3 year-old fillies will go postward in important allowance races in Florida and California.

The weekend triple-header kicks off at Gulfstream Park in Hallandale Beach, Florida on Saturday when In Lingerie makes her Eclipse debut as the morning line favorite in a $42,500 Allowance affair going a flat mile. Todd Pletcher and Johnny Velazquez will team up with the royally bred daughter of Empire Maker, whom Eclipse and MGM Chairman and CEO, Gary Barber, acquired privately subsequent to a spectacular 6 ¼-length victory on debut last month. In Lingerie will be making her initial start on conventional dirt in the Big Leagues versus a talented field of 9 fillies. She’s the 5-2 on the line. 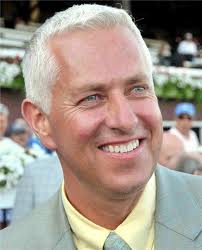 Todd Pletcher has been pleased with In Lingerie since Eclipse transferred her into his care 5 weeks ago. “In Lingerie has made a favorable impression since she joined our program,” Pletcher commented. “She’s trained well and seems to be behaving herself. We expect her to make a favorable account of herself on Saturday. She has all the tools to be a good filly.”

On Saturday, Eclipse’s flagship filly, Sweet Cat, who was second in the $150,000, Grade 3 Jessamine Stakes at Keeneland and then third in the Grade 2, $1 million Breeders’ Cup Juvenile Fillies Turf at Churchill Downs in her 2 starts since being acquired by the baby blue and black, will make her seasonal debut in a $42,500 Allowance race going 1 1/16-miles on the Gulfstream greensward. By design, Sweet Cat has been freshened since the Breeders’ Cup and will be using Sunday’s Allowance as a launching point for her 2012 campaign, which has an early season objective of a tilt at the Grade 1, $500,000 Ashland Stakes at Keeneland on April 7th. Although facing a tough cast of characters, Sweet Cat is the projected morning line favorite of the 10-pack. Pletcher and Velazquez will also join forces for Eclipse on Sunday. 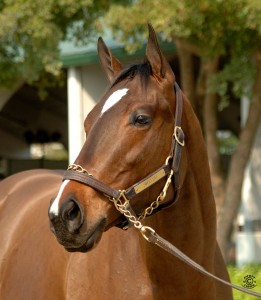 “Sweet Cat has thrived the past month and the time we gave her to recharge her batteries seems to have done her a world of good,” Pletcher noted. “She’s trained well recently and while we don’t have her fully cranked for this, we expect a good run from her. Our primary goal is to have her get enough out of this race so that we can move forward and realistically consider races like the Ashland in the near term. We’re very happy with her and look forward to a fun campaign with Sweet Cat.”

If things go well inFlorida, the natural hat trick could be left in the hooves of Byrama, who will be yet another morning line favorite in a $58,000 Allowance race on the left coast at Santa Anita. Phenom conditioner, Simon Callaghan and Rafael Bejarano will unite in the hillside affair. 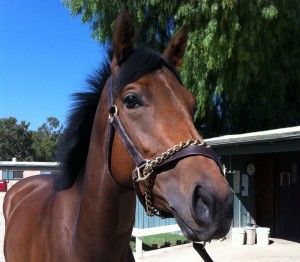 Byrama is another filly who has earned Stakes “black type” since joining the Eclipse roster. She was an unlucky third in the Blue Norther Stakes at Santa Anita on December 30th and was her own worst enemy when she pulled ferociously throughout the mile circuit and then wandered in the stretch, only to come up a half-length shy of scoring in her second race stateside. On Saturday, she reverts from 2-turn routes to an elongated sprint down the unique hillside layout at The Great Race Place. The thought behind the cutback in trip is to re-establish Byrama’s most effective style, which is to relax early, gain cover, be shown daylight late and explode the final eighth while utilizing her wicked turn of foot.

Callaghan offered, “Byrama is quite well in herself and we look at this race as an opportunity to regroup and teach her a bit about the proper style for her to adopt in her races. If she’s going to develop into the kind of filly we think she can be, she’s going to have to submit to relaxing early and conserving her best for late. We think this layout will lend itself to that strategy and we hope to be able to use this race for bigger and better things ahead.”

Eclipse President, Aron Wellman, had the following to say about the upcoming weekend, “This is exactly the kind of position we want to be in and the type of action we aim to achieve for our racing partners. We’ve got 3 gifted fillies running in important prep races for their seasonal campaigns at the 2 premier winter venues across the country with world class trainers and jockeys on our team.

“Each of our entrants is the morning line favorite and that’s the kind of pressure we welcome with open arms,” Wellman stated. “It’s a testament to our partners that we can be blessed with such talented horses in our stable at such an early stage of our company’s existence. We look forward to a fun weekend on both coasts and hope to deliver the goods on and off the racetrack.”