Eclipse Thoroughbred Partners’ Ari Gold , making his fourth career start and first in a stakes race, jumped out to an early lead and turned back Lights of Broadway  through the stretch to win the $75,000 Pulpit Stakes Dec. 10 at Gulfstream Park.

The 7 1/2-furlong Pulpit for 2-year-olds was the first stakes to be held on Gulfstream’s new turf course, which was reopened Dec. 2, and served as co-headliner with the $75,000 Wait a While stakes for 2-year-old fillies.

Ridden by Luis Saez for Hall of Fame trainer Todd Pletcher, Ari Gold ($3.80) covered the distance in 1:27.10 over a firm course to register his second straight frontrunning victory, both since the addition of blinkers. He broke his maiden in his prior start going 1 1/16 miles Nov. 6 at Aqueduct Racetrack.

“I just felt like he was a little bit green his first couple starts, just not completely focused,” Pletcher said. “We just felt like (the blinkers) might be the ticket to getting him locked in a little more.”

Drawing post 4 as the 4-5 favorite in a field of eight, including stablemate Sendero , winner of the Sept. 7 Jamestown Stakes at Colonial Downs, Ari Gold broke sharply and was quickly in front. Ari Gold, named for the fictional character on popular TV series ‘Entourage,’ continued to roll up front as the field straightened for home, extending his lead to 2 1/2 lengths under the wire.

Lights of Broadway  ran on for second after making a mild bid around the far turn, with Laurel Futurity winner Congruent  rallying for third. 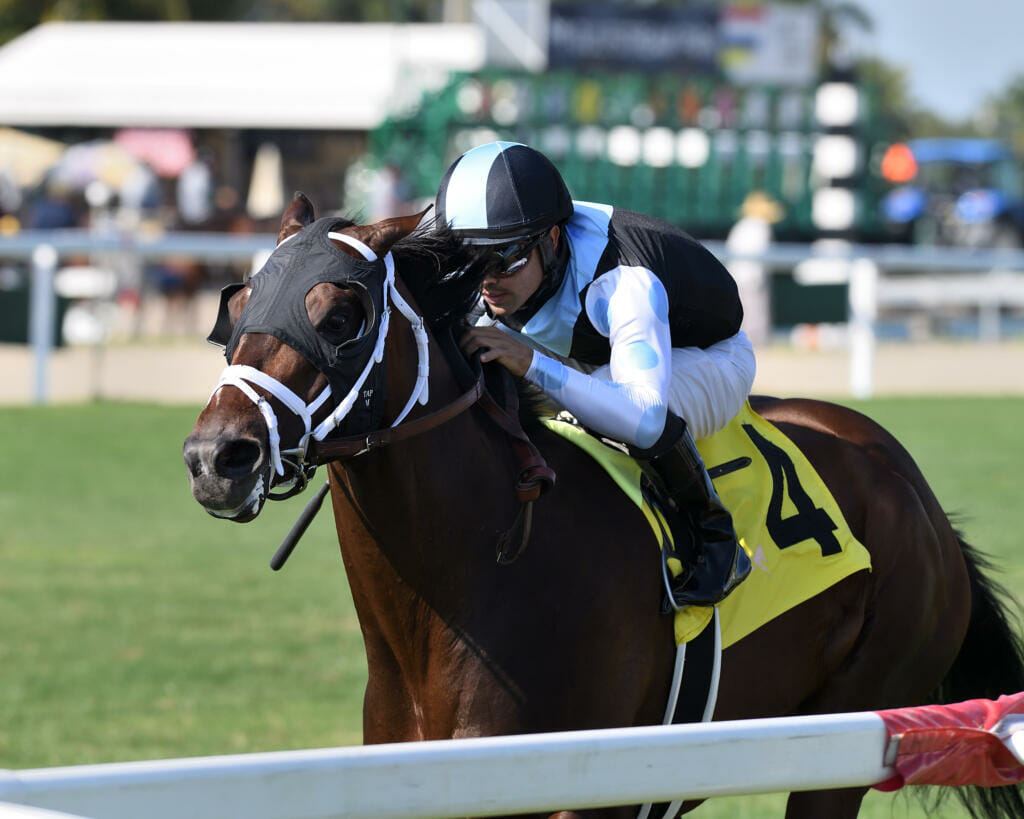 “The game plan was to come out running and make a comfortable lead like we did last time. That was Plan A,” Pletcher said. “We gave Luis the option of calling an audible, if needed, but Plan A seemed to work out well.

“I think the blinkers and kind of a change in tactics a little bit has made a difference,” he added. “He’s a colt with, I think, a lot of room to continue to improve, and we’re proud of him for what he’s done so far.”

Purchased by Eclipse for $220,000 at the 2021 Keeneland September Yearling Sale from the Claiborne Farm consignment, the son of Medaglia d’Oro   is out of the Distorted Humor  mare Satirical , making him a half brother to 2020 Los Alamitos Futurity (G2) runner-up Petruchio (Into Mischief  ).