Central Bank Ashland Stakes (G1) winner Nest  was installed as the 5-2 morning-line favorite and will break from post 4 in a deep field of 14 3-year-old fillies entered in the $1.25 million Longines Kentucky Oaks (G1) May 6 at Churchill Downs.

Aron Wellman, who heads Eclipse Thoroughbred Partners—which owns Nest in partnership with Repole Stable and Michael House—was asked after the draw if he was happy with post 4 and if he was surprised that his filly is the favorite.

“Yes and yes, but we’ll take that kind of pressure any day,” Wellman replied.

The pressure will be on indeed for the Todd Pletcher-trained Nest. Three of her opponents in the $1.25 million stakes will enter the starting gate unbeaten, including 4-1 morning-line third choice Echo Zulu , the 2-year-old champion filly of 2021 who in her one start this season won the TwinSpires.com Fair Grounds Oaks (G2).

Pletcher has three runners in the Oaks: Nest; Goddess of Fire  (post 5); and previously Dubai-based Shahama. He has won the Oaks four times, including last year with eventual champion 3-year-old filly Malathaat . A victory Friday afternoon would place him in a tie with racing legend Woody Stephens for all-time Kentucky Oaks wins with five. 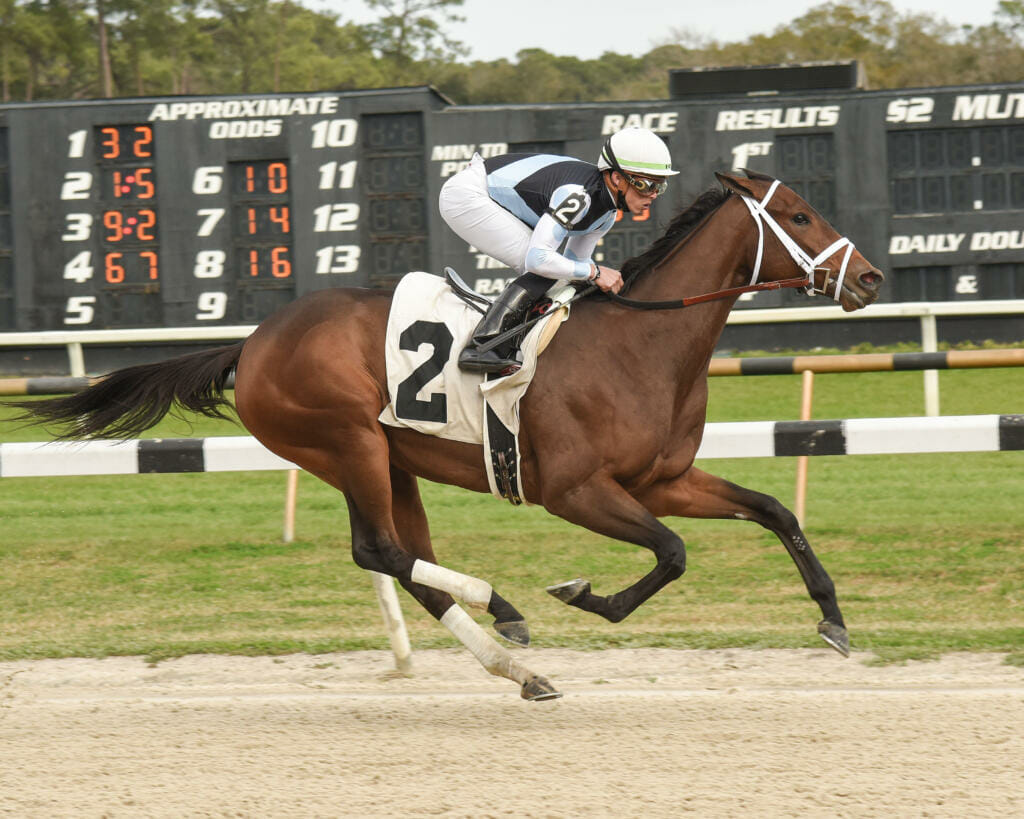 Nest, a Kentucky-bred daughter of Curlin  , has won five of six starts including last year’s Demoiselle Stakes (G2) at Aqueduct Racetrack over fellow Oaks starter Venti Valentine . This season she was an easy winner of the Suncoast Stakes at Tampa Bay Downs in February and won the Ashland by 8 1/4 lengths over Cocktail Moments .

“I’m happy with the draws for Nest and Goddess of Fire,” Pletcher said. “We were hoping to be somewhere in the middle. With Shahama, it’s OK. She isn’t real sharp away from the gate, so she may have a better chance out there than if she was stuck down inside.”

“You don’t have to wonder… you know where you’re at immediately,” said two-time Oaks winner Asmussen.

Echo Zulu is five-for-five including a score in last year’s championship-defining NetJets Breeders’ Cup Juvenile Fillies (G1). It’s unusual an unbeaten champion is the third choice in any race, much less the Oaks, however, the last juvenile filly champion to win the Oaks was Hall of Famer Silverbulletday  in 1999.

D. Wayne Lukas also has four Oaks wins, but none since Seaside Attraction upended Go for Wand in the 1990 Oaks. His Secret Oath, a daughter of Arrogate , will leave the inside and has a legion of supporters after her score in the Honeybee Stakes (G3) was followed by a rough-trip third against the boys in the April 2 Arkansas Derby (G1). Luis Saez will ride Secret Oath for Briland Farm.

Shug McGaughey, who sends out unbeaten Kathleen O. for Pat Kearney’s Winngate Stables, won the Oaks in 1993 with Dispute . Kearney, 84, has been in the business for just over a year, and now has his “horse of a lifetime.” His Oaks starter is named for his wife.

The dark bay filly, by Upstart  , was one of two 2-year-olds purchased by Kearney at last year’s Ocala Breeders’ Sales’ Spring Sale of 2-Year-Olds in Training. After a maiden win at Aqueduct last November, Kathleen O. tore through Gulfstream Park‘s path to the Oaks with victories in the Jan. 1 Cash Run Stakes, March 5 Davona Dale Stakes Presented by FanDuel (G2), and April 2 Gulfstream Park Oaks.

“I liked the draw very much,” McGaughey said. “The speed is inside of her, basically. If she breaks good, she ought to be able to get a good position. The break shouldn’t be all that important to her, especially from the 10, because they’re gonna outrun her. I hope he can get good position (with her) going down the backside, give her a place to go, and see if she is good enough.”

“She’s going to like the track at Churchill a lot,” McGaughey continued. “Gulfstream is a speed-favoring track with a short stretch. I think (Castellano) will to be able to feel the race out for a little bit, and with the long stretch you can be little bit more patient.”

Post time for the Kentucky Oaks, which will go as the 11th race on the Friday card, is 5:51 p.m. ET. Once upon a time the race was a grade 2 event—an early look at the 3-year-old filly crop ahead of the New York Racing Association’s Filly Triple Tiara. Not so today, as it now ranks as one of racing’s premier events and a prelude to the Kentucky Derby Presented by Woodford Reserve (G1) on the following day.