SARATOGA SPRINGS, N.Y. – Watching the early stages of Sunday’s Birdstone Stakes play out, trainer Todd Pletcher thought he might have made a mistake when he decided to remove the blinkers from Moretti’s equipment.

But the energy Moretti might not have shown early was there when jockey Javier Castellano needed it later on, as he was able to hold off Rocketry from the three-furlong pole to inside the sixteenth pole on his way to a 1 1/2-length victory in the $100,000 Birdstone Stakes going 1 3/4 miles at Saratoga.

You’re to Blame, also trained by Pletcher, got up in the final jump to get second by a nose over Rocketry. It was 7 1/2 lengths back to Expert, who was followed by American Tattoo. Standard Deviation and Highland Sky were scratched.

Moretti gave Pletcher his fifth victory in the Birdstone, which was run for the ninth time Sunday.

Moretti had won an allowance race at Oaklawn in May and the Flat Out Stakes at Belmont in June and, most recently, was second to Tacitus in the Grade 2 Suburban at Belmont in July. Pletcher felt Moretti was too keen early in the Suburban, which is why he elected to make the equipment change for the Birdstone. 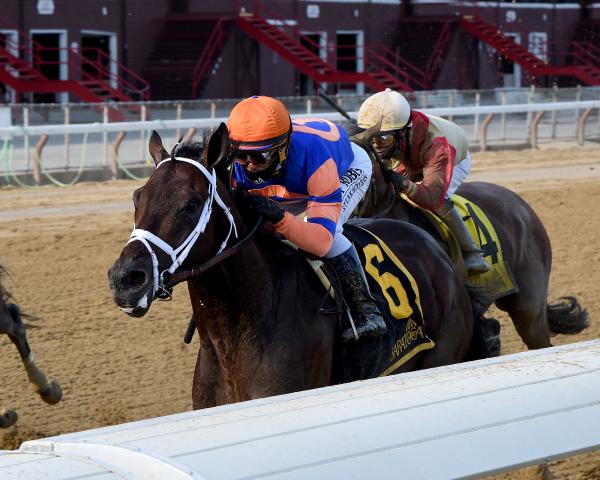 Moretti, under Javier Castellano, was third early on while Expert set the pace of a mile in 1:43.79.

“At one point in the race I thought I made a mistake because it seemed like he was almost too relaxed,” Pletcher said. “But I know in these types of races you can’t have a horse that’s pulling too much, you want a horse to settle into a good rhythm and it seemed like he was doing that and responded when Javier asked him.”

Castellano had to ask him when Rocketry confronted him in the middle of the far turn, but Moretti remained steady to the wire while Rocketry, under Jose Ortiz, flattened out a bit and got nailed for second by You’re to Blame.

Castellano said Moretti “was more comfortable early, he didn’t pull. … I was able to take him back a little bit, enough to be in rhythm and comfortable.”

Moretti, a 4-year-old son of Medaglia d’Oro owned by Repole Stables and Eclipse Thoroughbred Partners, covered the 1 3/4 miles in 2:58.51 and returned $4.40 as the favorite.