Eclipse Thoroughbred Partners had a tremendous Tuesday through Sunday this past week notching five victories. Largent and Moretti won the Edward P. Evans Stakes at Colonial Downs and the Birdstone Stakes at Saratoga respectively. Valiance and Farmington Road were Allowance winners at Colonial Downs and Gretzky the Great broke his maiden at Woodbine.

On Tuesday, Valiance raced in hand early. Jockey Tyler Connor knew he was on the best horse and he wanted to keep everyone on the edge of their seats. Valiance got up in the final stride winning by no more than an inch. It was surely the closest photo Eclipse has ever been involved in and even Todd Pletcher said it was the closest margin of victory he has had in his career. This daughter of Tapit is out of a Grade 1 Stakes Winner as is her 2nd dam. Valiance is 4 for 6 lifetime and will now move back up into Stakes or Graded Stakes company. 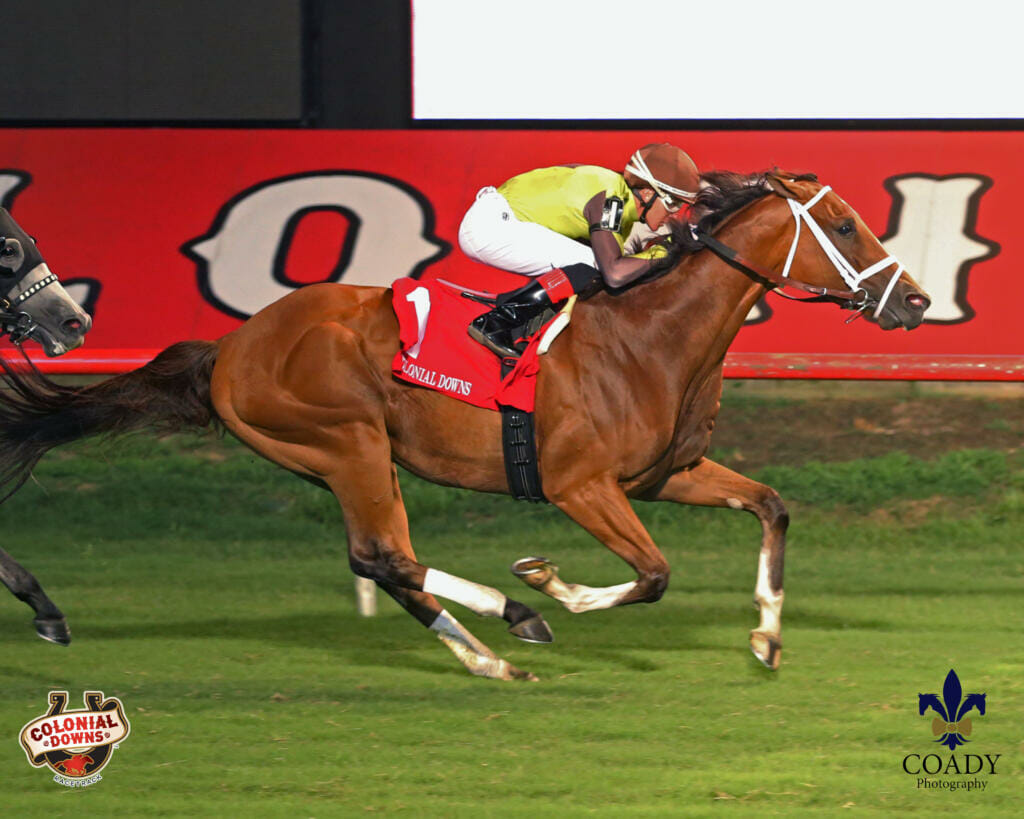 On Wednesday, July 29, we thought we had Largent in the right spot to earn his first stakes victory in the $60,000 Edward P. Evans Stakes. We did but it was not a walk in the park. Tyler Connor and Largent had to split rivals in upper stretch and came home a length in front. This gelding has won 4 of his six lifetime starts and finished second twice. He has won wire-to-wire but is not a need the lead type. Largent is trained by Todd Pletcher. 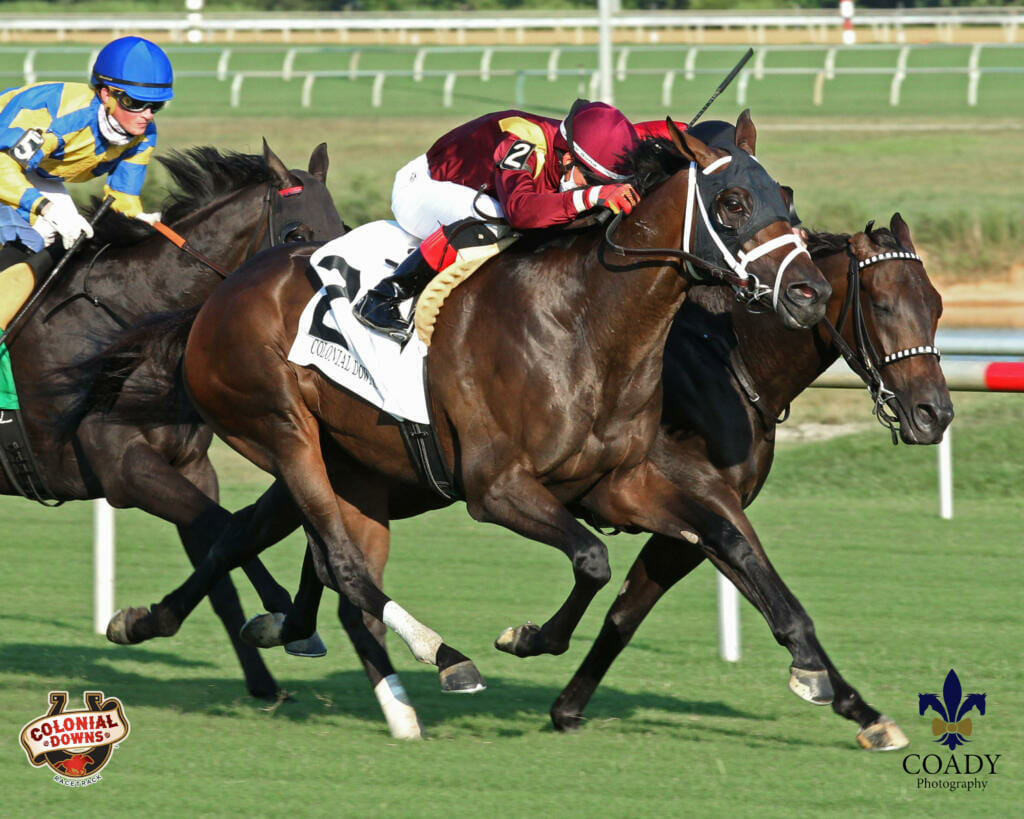 Earlier that evening, another Pletcher trainee, Farmington Road, made his turf debut. Once again, Tyler Connor knew he was on the best horse and rode Farmington Road with great confidence. So often we see horses get trapped on the inside in a small field and this was the case here. Connor had to stay patient until a seam opened up inside the 1/8’th pole. Farmington Road surged through to win by a length. We have options with this colt going forward on both dirt and turf and will now point for the Grade 3 $250,000 Virginia Derby at Colonial Downs.

On Sunday, August 2, Moretti, another Pletcher Stable member, who in his previous two starts won the Flat Out Stakes and finished second in the Grade 2 Suburban Stakes, proved best in the $100,00 Birdstone Stakes at Saratoga. Moretti has come to the forefront in his 4-year-old campaign winning 2 Stakes, capturing a high priced Allowance race at Oaklawn Park and gaining 2 second place finishes, He loves marathons, the Birdstone being 1 3/4 miles. Under Javier Castellano, Moretti was very relaxed. He kicked in at the 3/8th’s pole and won comfortably by 1 1/2 lengths. 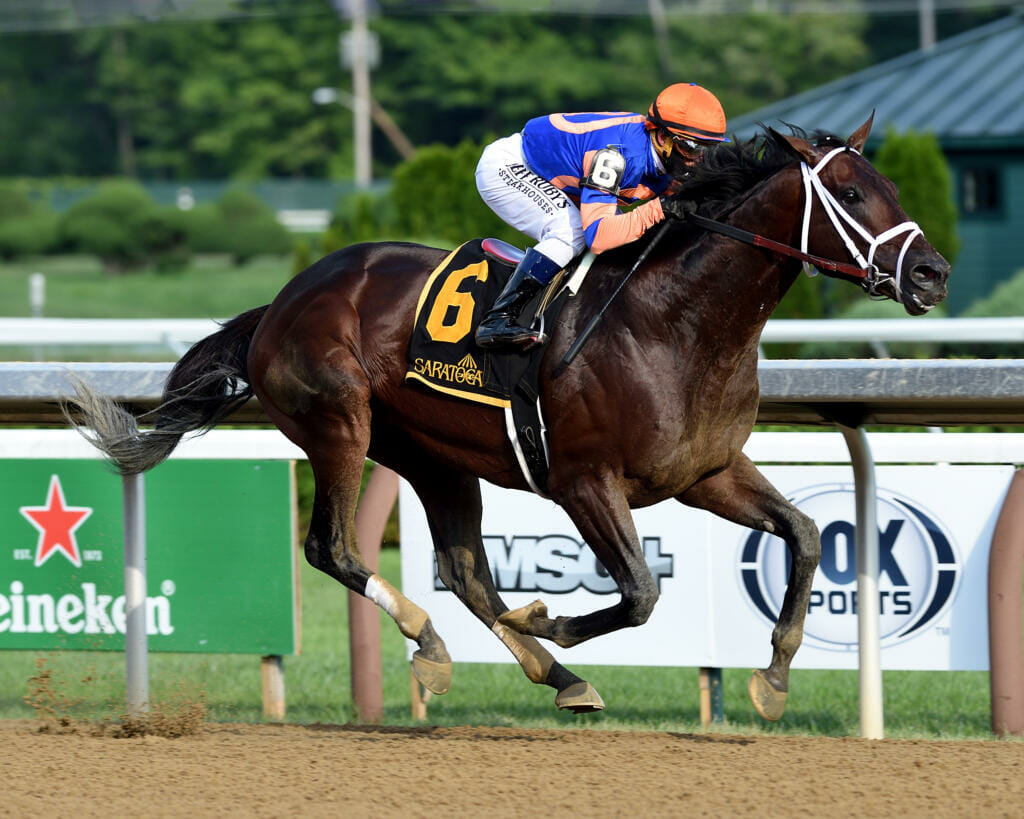 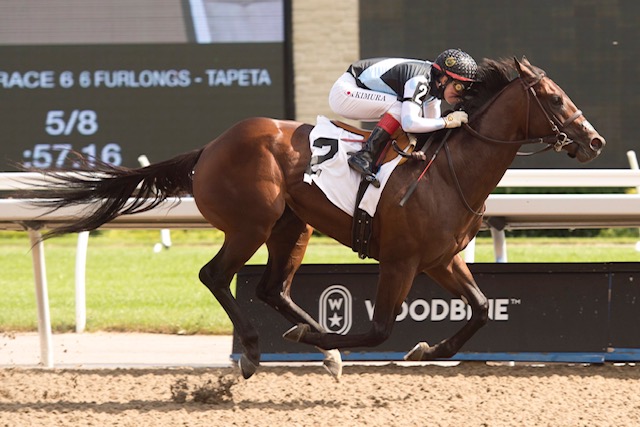 Earlier on Sunday, Gretzky the Great, coming off a second in his career debut three weeks ago at Woodbine, proved much the best in his Maiden Special Weight race. The race, originally scheduled for the turf, was moved to the Tapeta surface. Gretzky the Great took command at the start and coasted home a 4 1/4 length winner under Kazushi Kimura. Gretzky the Great is trained by Mark Casse. As the track announcer said, “It looks like there are great things ahead for this colt.” It is only appropriate Gretzky the Great should shine in Canada.

These two Stakes wins bring this years total to eight for the year for Eclipse Thoroughbred Partners and our year-to-date earnings to over $2.1 Million.