It has often been said that history has a tendency to repeat itself and that is what Eclipse Thoroughbred Partners would love to see happen at Saratoga Racecourse on Saturday afternoon. Capo Bastone will carry the baby blue and black silks to the starting gate in the $350,000 Alfred G. Vanderbilt Handicap G-1 and Silsita will run in the $100,000 De La Rose Stakes.

Last August, Capo Bastone won the $500,000 King’s Bishop Stakes G-1 with one of the most exciting finishes many there that day have ever witnessed, Capo Bastone was tenth over fifteen lengths behind the leader after the opening half-mile. He split rivals at the three-sixteenth pole then angled out and with an electrifying burst of speed, hit the finish line a widening two lengths ahead of the rest of the field.

Capo Bastone, a four-year-old son of Street Boss, is trained by Todd Pletcher and will be ridden by John Velazquez. He will face seven others in this six furlong test. The Vanderbilt will go as the eighth race at 4:42 ET.

Silsita won the $100,000 My Princess Jess Stakes on opening weekend at Saratoga last July. A four-year-old daughter of Macho Uno, Silsita engaged in an intense stretch duel showing great heart and determination to win by a nose, Off since January, Silsita has had several impressive workouts in Saratoga and will be ridden by Hall of Fame jockey John Velazquez. He was also on her back in the My Princess Jess Stakes. Future Hall of Fame trainer Todd Pletcher will saddle her. Silsita will face eight others going one mile over the Saratoga turf course. Going as the seventh race, the De La Rose Stakes will run at 4:10 ET. 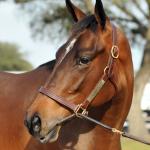 Feathered, a two-year-old daughter of Indian Charlie, has had several very impressive breezes at Saratoga and will strut her stuff in the first race on Sunday. Also trained by Todd Pletcher, Feathered will be ridden by Javier Castellano, Facing six others, Feathered will cover six furlongs at 1:00 ET.

G Five, a two-year-old son of Flashy Bull,will make his racing debut in the second race at Monmouth Park on Sunday. This colt has trained well over the Monmouth surface and it is time to begin his career. G Five, another trained by Todd Pletcher, will be ridden by Pedro Cotto, while facing nine others going five and one-half furlongs in the seventh race at 3:56 ET. 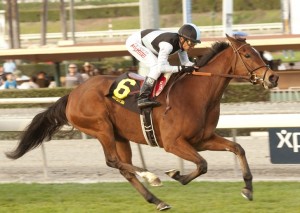 Sunday is a busy day as ETP will be represented with two runners where the Turf Meets the Surf at sunny Del Mar, Bee Brave, a four-year-old daughter of Rail Link (GB) will run in an $80,000 turf allowance race going one mile and one-sixteenth. She will be ridden by Tyler Baze and will face six others. It is the second race and goes off at 2:30 PT. Bee Brave, trained by Simon Callaghan, is coming off a third place finish at Santa Anita where she was beaten one and a quarter lengths.

Patrioticandproud, a five -year-old stakes-winning son of Proud Citizen, and a three time winner over synthetic surfaces, will run in the second race at Del Mar going one mile. He is eligible for a purse exceeding $100,000 due to the “Ship and Win” bonus program. Patrioticandproud is the patriarch of the ETP racing stable. Trained by Mark Casse, he will face nine others and be ridden by Martin Pedroza at 5:00 PT.