Eclipse Thoroughbred Partners’ multiple grade one winner Curalina has caused plenty of excitement in her nine-race career. But that’s to be expected from the 4-year-old daughter of Curlin, who was bred in Kentucky by Susan Atkins’ CASA Farms, because the excitement of Thoroughbred racing is what actually inspired her creation.

Susan Atkins, 70, along with her late husband, Clint Atkins, were strangers to the breeding business just 12 years ago, although they knew the racing game moved them. The couple, who would have celebrated their 53rd anniversary this year, ran a successful real estate business in Champagne-Urbana, Illinois. Then, with virtually no experience, Susan and Clint decided to buy a Kentucky breeding operation in 2004.

The pair purchased the former Mare Haven Farm near Lexington, and renamed it CASA Farms for their initials. Casa also means “home” in Spanish, something very important to the Atkins familyâ€”which includes three children, 11 grandchildren, and one great grandchild.

“I was so excited by it all,” said Susan Atkins. “Out of that excitement came (my breeding of) Curalina.”

The Todd Pletcher-trained filly had an outstanding sophomore campaign in 2015, winning 4 of 7 races, punctuated by consecutive victories in the Acorn (gr. I) at Belmont Park and Coaching Club American Oaks (gr. I) at Saratoga Race Course, where she finished a scant nose behind I’m a Chatterbox but earned a trip to the winner’s circle via a disqualification.

Earlier this year, on May 6 at Churchill Downs, Curalina returned to the races off a seven-month layoff to post an ultra-impressive 7 1/2-length win in the La Troienne (gr. I) beneath Hall of Fame jockey John Velazquez. She covered the 1 1/16-mile distance in 1:42.45, pulling away from the competition through the final furlong.

“I feel that everything on the farm has been a learning experience, even the mistakes. I wouldn’t have done any of it over. It’s all part of the learning curve,” said Susan Atkins. “But you always hire someone with more knowledge than you. You listen and observe. Be hands-on. Take on one concern at a time, not everything at once.”

Susan Atkins had been impressed by Curlin on the racetrack, and Stonestreet Farm was just down the road from her.

“Curalina was bred the year Clint passed away, that same spring,” said Susan Atkins. “I knew that Curlin was a big fella and (Curalina’s Grame Hall dam) Whatdreamsrmadeof is a nice-sized mare with a beautiful temperament.”

When Curalina was a weanling, Susan Atkins enjoyed watching her feisty play in the field from her window.
Eclipse Thoroughbred Partners acquired the chestnut filly for $125,000 at the 2013 Keenland September yearling sale. She has so far bankrolled $1,190,940 for her owners with a 5-2-2 record from nine starts.

“I’m not surprised that Curalina is back (and winning again). Sometimes you just need to give them time (off). I think she’ll have a great summer and an even better fall.” said Susan Atkins. “I admire Todd Pletcher. He knows when to give them a break. I feel so fortunate to have bred Curalina. I’ll be watching (the Ogden Phipps) on TV and rooting for her.”

Susan Atkins still owns Curalina’s dam, and she has been bred back to Curlin. Whatdreamsrmadeof has also produced the stakes-placed Dream Spinner (by Hard Spun ), who has a yearling by Tale of the Cat and was bred to Bodemeister this season.

Among Curalina’s competition in the Ogden Phipps will be fellow Pletcher trainee Stopchargingmaria, who won the Breeders’ Cup Distaff (gr. I) to close out the season last year, and returned with a runner-up finish to multiple grade I winner Sheer Drama in the April 9 Madison (gr. I) at Keeneland. Seeking a rematch, Sheer Drama ships in from Gulfstream Park for trainer David Fawkes.

Charles Fipke’s homebred Forever Unbridled, who captured her first graded stakes in the Apple Blossom (gr. I) on April 15th, will be sent out by Dallas Stewart; Carrumba is the sentimental favorite for the Phipps family; and longshot Desert Valley completes the field. 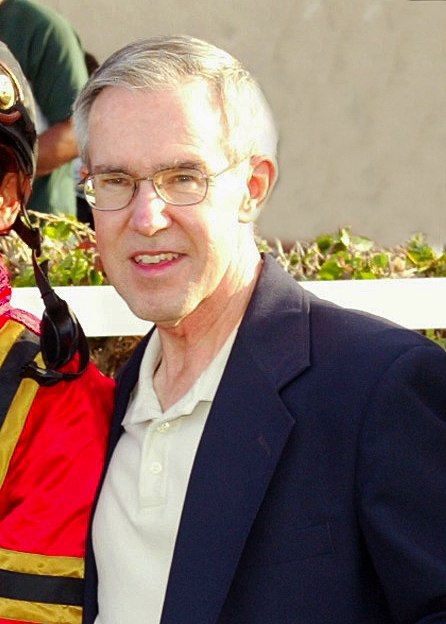 The Belmont Stakes (gr. I) will be contested June 11 in the Big Apple, but there is a small-time California breeder who might just have the last say in who enters the winner’s circle.

Jim Weigel, a retired sonar engineer who worked with navies from around the world, will be watching the action from his Valencia home north of Los Angeles, seeing if his dream comes true. His mare Dream of Summer, having already produced grade I winner, millionaire, and Kentucky sire Creative Cause , is at it again. Destin, a full brother to Creative Cause (by Giant’s Causeway ) has this season won the Lambholm South Tampa Bay Derby (gr. II) and Sam F. Davis Stakes (gr. III) and finished a good sixth in the Kentucky Derby Presented by Yum! Brands (gr. I). He’s got a big shot in the third jewel of the Triple Crown.

Weigel bred Destin along with Taylor Made Stallions. He keeps Dream of Summer at Taylor Made Farm in Kentucky, and is a regular visitor thereâ€”including the day after the Derby, when he stopped by to see Dream of Summer’s yearling colt by Graydar and her weanling full sister to Destin. Now 17, Dream of Summer is close to Weigel’s heart.

“When Creative Cause got good, the phone kept ringing with offers to buy her,” said Weigel. “No price could have bought her. There is an emotional attachment, and I love going out there and giving her a kiss on the nose and rub her neck and hug her. You can’t put a pricetag on that.”

Weigel got into racing 45 years ago as one of 37 owners of a gelding that never finished in the money. He continued owning one or two cheap claimers at a time, and eventually decided to try breeding. He bought Mary’s Dream, an unraced daughter of Skywalker, for $7,000 at auction and bred her to grade I winner Siberian Summer.

Weigel took the resultant yearling to auction, setting a $10,000 reserve on her. The bidding stopped at $7,000, and the yearling returned to Marianne Millard’s Here Tis Ranch in California. Fighting off a series of injuries, the filly, named Dream of Summer by Weigel, didn’t make it to the races until she was 4, winning at first asking at Hollywood Park. At 5 she won the A Gleam Invitational Handicap (gr. II) and Rancho Bernardo Handicap (gr. III). The following season she took the Apple Blossom Handicap (gr. I).

“When she started winning those stakes races,” said Weigel, “I would get to the winner’s circle and face the grandstand and say, â€˜Hey, so you wouldn’t give me $10,000 for her, huh?’ ”

Weigel hasn’t found reason to expand his operation much. He owns just two broodmares besides Dream of Summer, one of whom is her full sister Marry by Summer, who has not matched her sister in the breeding department. Weigel owns two racehorses, both claimers, but certainly keeps tabs on the more celebrated products of his breeding operation.

“I’m not sure that Destin is quite as good as Creative Cause, but he’s right up there near him,” Weigel noted. “He ran the two good races at Tampa Bay and seems to want to have his races spaced out, though perhaps not as far as the eight weeks between the Tampa Bay Derby and Kentucky Derby.”

Weigel is waiting to find out whether Dream of Summer has gotten in foal to Tapit this year. As she gets up in years, Weigel knows he’s going to have to somehow find another like her if he is to continue breeding these graded stakes-winning classic runners (Creative Cause was third in the 2012 Preakness, gr. I).

“Dream of Summer is doing O.K., but if I’m going to keep working Kentucky, I’m going to need to find a replacement for her,” Weigel said.

Hopefully, one that likes getting kissed on the nose.