Capo Bastone doesn’t seem to have been effected by the crime committed on him last month at Turfway Park when he was molested at the start of the Spiral Stakes and was robbed of any chance in the Kentucky Derby qualifying fixture. The chestnut son of Street Boss has trained and acted like a man on a mission, however, which has inspired Todd Pletcher and Eclipse to put a turf experiment on hold temporarily in favor of a tilt at the Grade 3, $175,000 Derby Trial under the lights on Saturday evening beneath the historic Twin Spires at Churchill Downs.

Post time for the Trial in Louisville, Kentucky will be 10:42pm ET, 7:42pm PT. The promotion of “Downs After Dark” has determined the tardy post for the historic Trial, which will see 9 sophs line up in the 1 mile affair, which takes place around a single corner. Todd Pletcher has tapped Garrett Gomez on the shoulder for the ride. Go Go, who has not been aboard Capo since he guided him to an improbably victory on debut last summer at Del Mar, will launch Capo from post 6. 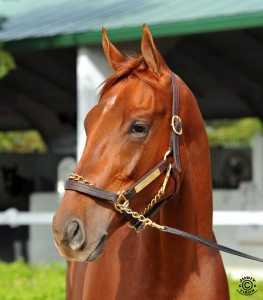 “With the way Capo has been training here at Churchill, I sense that he really likes this surface and with that in mind, I thought it most logical to give him a shot in a race like the Trial,” Pletcher reasoned. “I think he’s plenty fit and he’s been putting more energy into his gallops of late, which is encouraging. The layout of the Trial should suit him exceptionally well, too. Everything that could go wrong, did go wrong in the Spiral and I’d be lying if I wasn’t focused on trying to make some amends and get Capo back in the form we all know he’s capable of.”

Eclipse President, Aron Wellman, added, “After the Spiral it was absolutely necessary for us to take a deep breath and regroup. Sure, we could have pressed the envelope and tried to force Capo into another Derby prep race, but that wouldn’t have been in his best interest and it could have compromised him for the future. We have been curious to try him on turf, as his turn of foot suggests he’d really relish the green, but after seeing him breeze twice over the Churchill dirt, it made sense to try him on this strip.

“The biggest question surrounding Capo all along was whether his incredible acceleration would be as potent around 2 turns as it is around 1, so the 1-turn mile distance of the Trial should be smack-dab in his wheelhouse,” Wellman said. “Todd and I think he’ll really, really appreciate the circuit and with plenty of speed in the lineup, Garrett (Gomez) should be able to settle Capo into a comfortable pocket early and wind him up for a powerful knockout punch down the lane. Garrett knows Capo and was very eager to get back on him, so we’re confident the team will give us the best chance to accomplish our mission. A positive result could lead to any number of future possibilities, but first thing’s first and we have to go get the job done Saturday night before jumping the gun.”

The Derby Trial will be televised live on HRTV and can be seen live online at www.twinspires.com, www.xpressbet.com and www.tvg.com.