Eclipse Poised for Prime-Time Weekend at Saratoga and Del Mar

Two of the most prestigious meets during the racing calendar, Del Mar and Saratoga dominate the racing headlines this time of the summer.

The baby blue and black silks of Eclipse Thoroughbred Partners will be front and center at both tracks this weekend. Eclipse’s celebrated three-year-old fillies Feathered and Curalina will race in Graded Stakes at Saratoga along with Mission Driven competing in an Allowance race. American League, Hiking and No Surrender will be representing the stable at Del Mar.

The action kicks off on Friday when Feathered runs in the $200,000 Lake George Stakes (Grade 2) at Saratoga. Following a wire-to-wire victory in the $150,000 Edgewood Stakes (Grade 3) at Churchill Downs on Kentucky Oaks Day, Feathered finished second in the $400,000 American Oaks (Grade 1) at Santa Anita on May 30 beaten only three-quarters of a length. Both of these stakes were on the turf as is the Lake George. The distance on Friday is one mile and one-sixteenth over the Saratoga grass. Feathered has post position 10 of 12 and she will be ridden by Luis Saez. 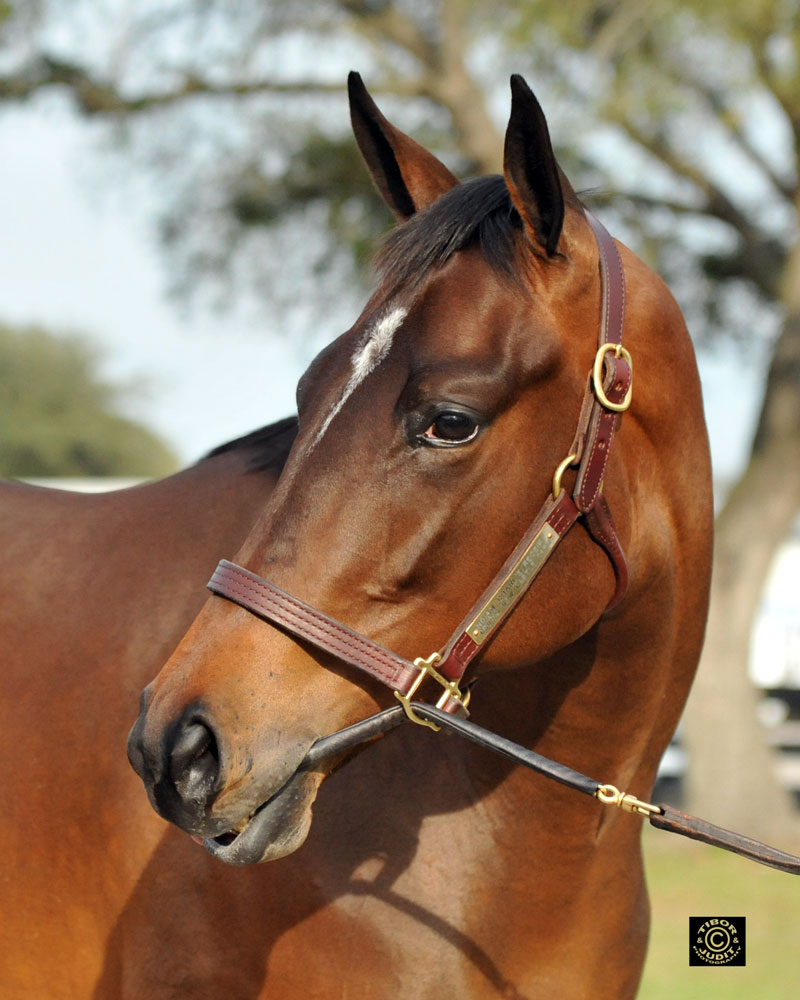 A three-year-old daughter of Indian Charlie, Feathered has earned $480,974 under the care of Todd Pletcher. With a Graded Stakes win and a Grade 1 second, Feathered has put herself in the upper echelon of three-year-old turf fillies in the nation. Going as the ninth race, post time for the Lake George is 5:29 EST.

No Surrender has post position 9 of 10 and will travel one mile and one-sixteenth over the Del Mar turf at 5:30 PST.

On Saturday, ETP will be represented by American League and Hiking at Del Mar. American League is a two-year-old son of Old Fashioned purchased at the Ocala Breeders’ Sale this past March. He shipped to Michael McCarthy in California and finished third in his career debut at Santa Anita going five furlongs. American League indicated he would appreciate more distance and will get an additional furlong on Saturday.

American League has post position 2 of 12 in this $70,000 Maiden Special Weight test for two-year-olds and he will be ridden by Flavien Prat at 4:40 PST.

Hiking, a four-year-old daughter of First Defence, will make her debut for Eclipse Thoroughbred Partners in the seventh race at Del Mar on Saturday. Purchased by ETP earlier this year, Hiking was a three time winner while campaigning in England at all the major racing venues. Upon arriving in the United States, Hiking joined the barn of Simon Callaghan in California and has had a steady stream of solid works leading up to this race.

Hiking has post position 8 of 12 and she will be ridden by Flavien Prat. Like No Surrender, Hiking is eligible for the “Ship and Win” bonus and thus the purse for her is $93,600 in this Allowance race going one mile over the Del Mar turf course at 5:10 PST.

Curalina, coming off a breath-taking victory in the $750,000 Acorn Stakes (Grade 1) on June 6 – Belmont Stakes Day, returns to action on Sunday in the $300,000 Coaching Club American Oaks (Grade 1) at Saratoga. Curalina finished second in her racing debut at Saratoga last August before being given time off to mature further.

This year Curalina has won all three starts. She broke her maiden at Gulfstream Park in March before winning a high caliber Allowance race at Churchill Downs on Kentucky Oaks Day.

A 2013 Keeneland September Yearling Sales graduate, this three-year-old daughter of Curlin has earned $486,800 in only three career starts. Trained by Todd Pletcher, following her victory in the Acorn Stakes, Curalina has been included in all discussions concerning leading three-year-old fillies in the nation.

The Coaching Club American Oaks will be run as the tenth race going one mile and one-eighth. Curalina has post position 3 of 8 and she will be ridden by Hall of Fame jockey John Velazquez. Post time is 6:07 EST.

Mission Driven, a recent Eclipse private purchase, will complete the very busy weekend for ETP. Wearing the baby blue and black silks for the first time, this three-year-old son of Awesome Again will run in the eleventh race at Saratoga on Sunday. Mission Driven will be gunning for his second win in a row having had his picture taken at Belmont Park on June 24. Trained by Wayne Catalano, Mission Driven will cover one mile and one-sixteenth over the Saratoga turf course in a $55,000 Allowance race. He has post position 1 of 12 and will be ridden by Joel Rosario at 6:40 EST.