On Saturday, April 16, the baby blue and black silks of Eclipse Thoroughbred Partners will be on display at historic Keeneland and Oaklawn Park racetracks. Illuminant will run in the $350,000 Coolmore Jenny Wiley Stakes (Grade 1) at Keeneland. At about the same time, Decorated Soldier will be loaded into the starting gate at Oaklawn Park for the $150,000 Northern Spur Stakes.

Eclipse’s three-year-old filly Brinkley (left) recorded her second win in a row on Thursday, April 14. Racing at Keeneland, this daughter of City Zip was three wide down the backside in a 5 Â½ turf sprint. She advanced approaching the turn, took control as the field straightened for home driving to a 2 Â½ length victory.

Trained by Todd Pletcher, Brinkley had two third place finishes in two starts in New York at two. Given time off last fall, she has matured in a magnificent way indicating a very bright future. Luis Saez has been the winning rider in both of her starts this year.

On Saturday, April 16, the baby blue and black silks of Eclipse Thoroughbred Partners will be on display at historic Keeneland and Oaklawn Park racetracks. Illuminant will run in the $350,000 Coolmore Jenny Wiley Stakes (Grade 1) at Keeneland. At about the same time, Decorated Soldier will be loaded into the starting gate at Oaklawn Park for the $150,000 Northern Spur Stakes.

Illuminant (below), a four-year-old daughter of Quality Road, is a three-time winner in California. After crossing the finish line twice in a row last October and November, Illuminant finished a very respectable fourth in two Grade 2 stakes at Santa Anita in January – the Monrovia and the La Canada both on turf. 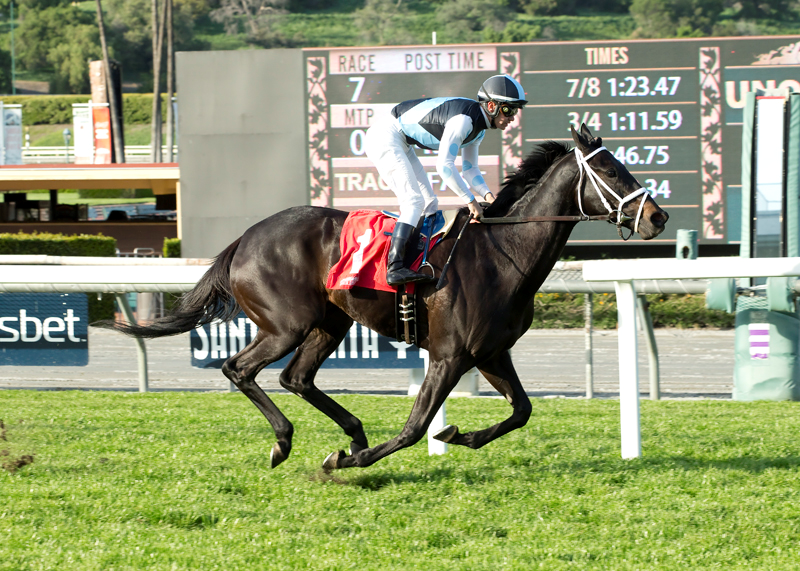 Illuminant returned to the Allowance ranks at Santa Anita on March 10 and dominated the field winning by 4½ lengths. Based off this performance, Eclipse President Aron Wellman and trainer Michael McCarthy felt this filly had earned the right to ship to Keeneland and take on the field in the Jenny Wiley. 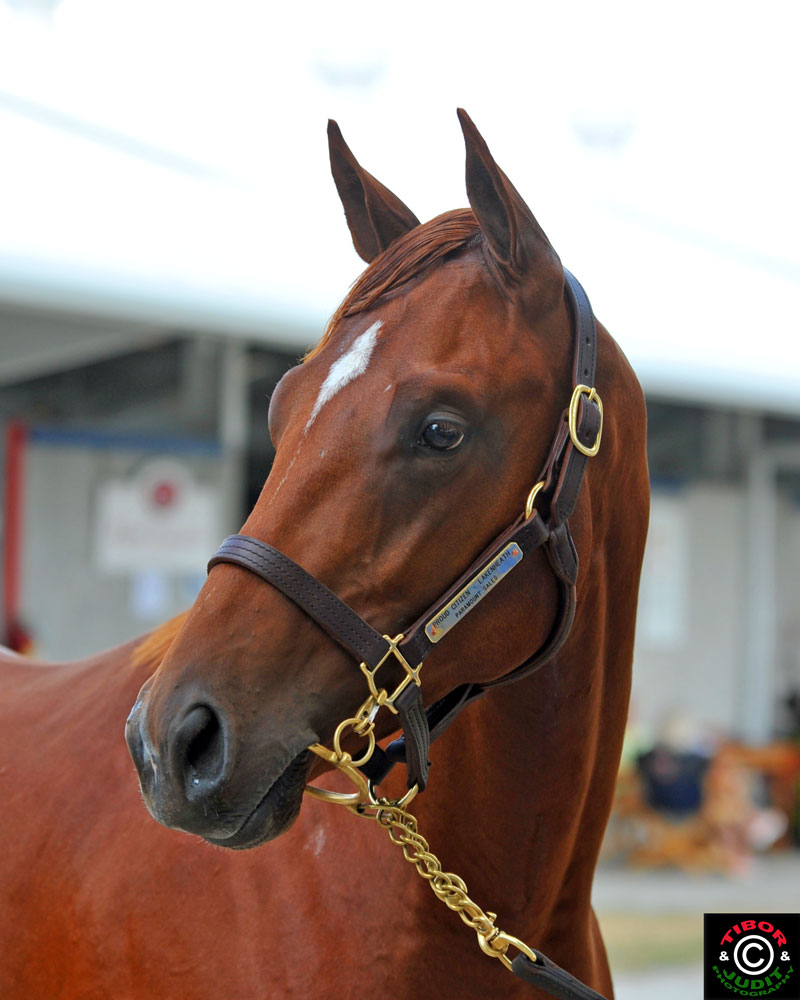 While Illuminant will face the $2 Million Breeders’ Cup Mile winner Tepin, our filly has never trained better and she is ready to display her talents in front of the leaders of the breeding industry in Kentucky.

The Jenny Wiley will cover one mile and one-sixteenth over the Keeneland turf course. The race has attracted a field of ten fillies and mares. She will be ridden by Flavien Prat who guided Illuminant to her March 10 victory. Going as the tenth race, post time is 5:32 EST.

Decorated Soldier (right) travels to Arkansas for the Northern Spur on Saturday. This three-year-old son of Proud Citizen is coming off a smashing 7 Â½ length victory at Tampa Bay Downs on March 12.

Decorated Soldier made his career debut finishing fourth at Monmouth Park last July. It was felt Decorated Soldier would benefit with a break to more fully mature both physically and mentally so he was given the fall months off. When Decorated Soldier returned to Todd Pletcher’s barn at Palm Beach Downs, it quickly became evident the right decision had been made. This colt indicated in his training he is a talented athlete ready for an exciting three-year-old campaign. Traveling across the state of Florida to Tampa Bay Downs, Decorated Soldier stalked the pace before taking over with a half-mile to go and ran away from the field under Hall of Fame jockey John Velazquez.

Decorated Soldier will face nine other three-year-olds in the Northern Spur, going as the eighth race. The distance is one mile and Velazquez will be back in the irons. Post time is 4:33 CST.

Eclipse Thoroughbred Partners, of course, has had exciting times at Oaklawn Park. Danza won the $1 Million Arkansas Derby (Grade I) in 2014 before finishing third in the Kentucky Derby.