HALLANDALE BEACH, FL – Trainer Todd Pletcher added one and possibly two more names to his list of potential Kentucky Derby hopefuls here at Gulfstream Park this winter after Tapwrit and Master Plan finished one-two in Saturday’s $75,000 Pulpit Stakes, a race that was switched from turf to a sloppy main track earlier in the day.

Tapwrit, with Eddie Castro aboard, wins the off-the-turf Pulpit going a mile.

Tapwrit, a $1.2 million yearling purchase, was entered for main track only for the one-mile Pulpit and responded with his second straight victory after turning in a disappointing effort to launch his career last summer at Saratoga. With Eddie Castro aboard, Tapwrit stalked the early leaders while racing three wide, gained command before six furlongs, drew off through midstretch, and then withstood a belated bid from his uncoupled stablemate.

Master Plan angled out for the stretch run and surged late, finishing with good energy while falling a length short of the winner. He was easily second-best with Hey Mike another 12 1/4 lengths farther back in third.

“I think the horse is probably better suited for two turns, but we really didn’t have too many options so we took a shot, entered main track only, and it worked out very well for him,” said Pletcher. “I thought Master Plan ran very well, too. He closed well the last 100 yards or so.”

Pletcher said “everything is in play now” for Tapwrit.

“We’ll target one of these stakes, I’m not sure which one yet,” Pletcher said referring to the upcoming series of stakes for 3-year-olds leading up to the Florida Derby on April 1. “I think we’ll probably have to also give it a try with Master Plan as well.”

Lady Valeur has no problem with main track in Miss America

Lady Valeur ($4.40), heavily favored even though she was making her first start on a main track, had no problem with the surface switch as she rallied in the lane to score her first stakes victory in the $55,625 Miss America at Golden Gate Fields on Saturday. 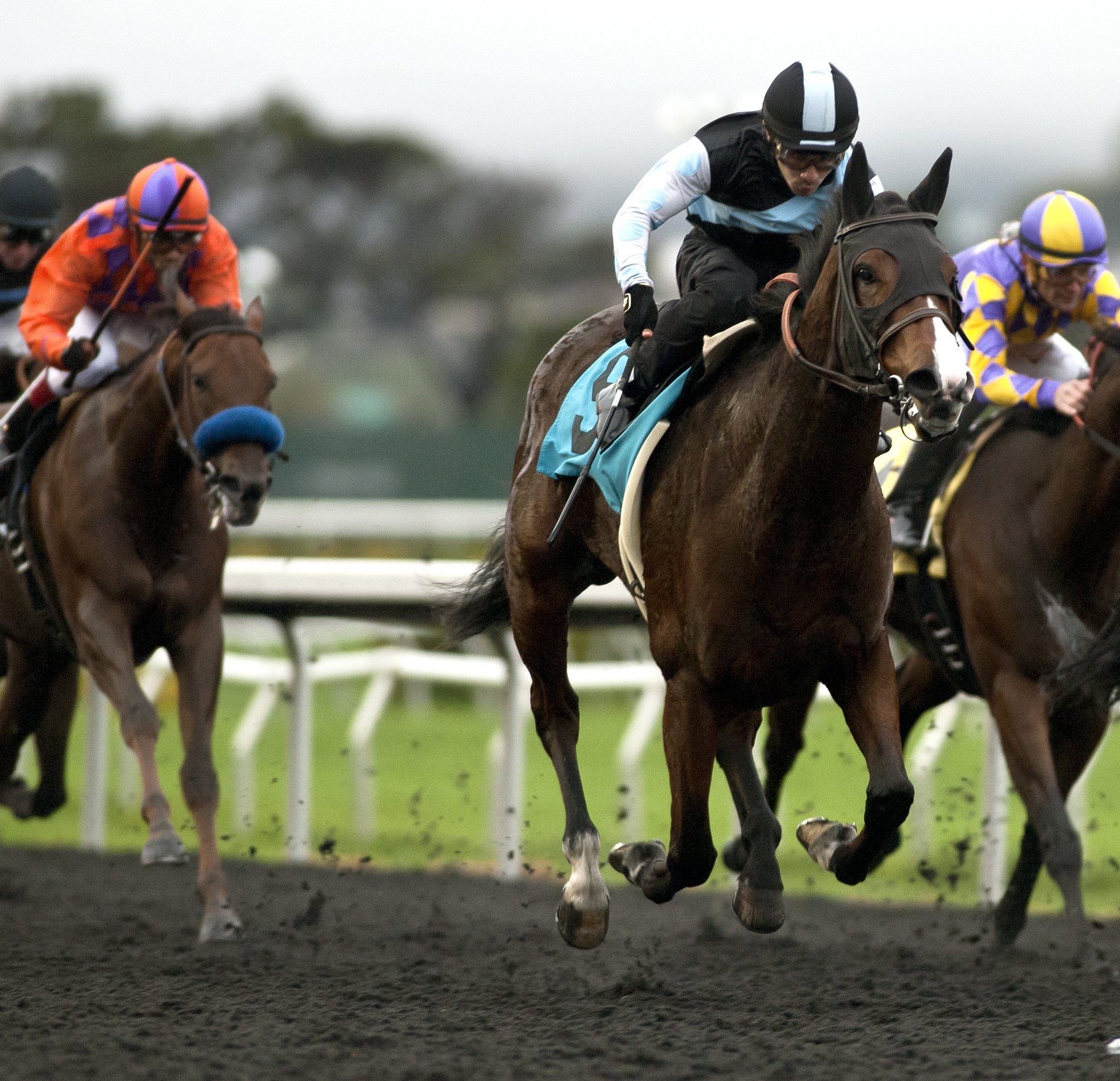 Lady Valeur, who had run in graded stakes her past four starts, sat comfortably in third behind Glory and Our First Girl in the 1 1/16-mile race for fillies and mares. The race was switched to the main track from the turf because of rain.

Many turf runners have found Golden Gate’s Tapeta main track to their liking, and the 3-year-old Irish-bred filly by Multiplex was no exception.

She rated kindly under Ricardo Gonzalez, who kept her in the clear in the three path down the backstretch and around the turn. Gonzalez waited until the field had turned for home before he let her loose, and she quickly surged to the front.

Mon Petite, coming off two straight wins, was fourth to Lady Valeur’s inside until the stretch. She came out, but could not match the top pick, finishing second in a three-way photo with stablemates Hijra and Lucy in Diamonds.

Lady Valeur, owned by Eclipse Thoroughbred Partners and trained by Patrick Gallagher, earned $30,000 for her third career victory. She has now earned $181,233.

Elegant Bel and Miss Boom Boom scratched when the race was taken off the turf.