An exciting weekend is on the horizon for Eclipse Thoroughbred Partners as Amira’s Prince, Bee Brave and Bajan will be making stakes appearances. 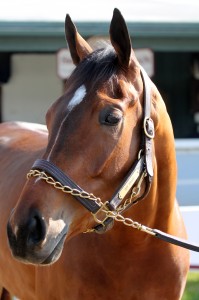 Amira’s Prince, winner of the Mervin H. Muniz Jr. Handicap – G2 last year at Fair Grounds, returns to that site Saturday to defend his crown. This year’s edition has a $300,000 purse and will be contested at a mile and one-eighth over the Fair Grounds turf course.

Amira’s Prince had a lengthy vacation following last year’s trip to New Orleans. Under the direction of Hall of Fame trainer Bill Mott, Amira’s Prince returned to action finishing a very good third in the $300,000 Gulfstream Park Turf Handicap – G1 on February 9. Since being brought over from Ireland in the fall of 2012, this five-year-old son of Teofilio (IRE) has won four of five starts including the $150,000 Mac Diarmada Stakes – G2 at Gulfstream. He has amassed earnings of $459,920. A big performance in the Mervin Muniz would lead Amira’s Prince to the $500,000 Woodford Reserve Turf Classic – G1 at Churchill Downs on Kentucky Derby Day, May 3.

Hall of Fame jockey Mike Smith will ride Amira’s Prince and they have post position 1 of 6. Going as the eighth race, post time is 4:15 Central time.

Bee Brave will also run Saturday in the $75,000 American Beauty Stakes at Santa Anita. Trained by Simon Callaghan, this four-year-old daughter of Rail Link (GB) won an Allowance race at Santa Anita on January 18 following a seventeen month absence. That race was run over the distance of one mile on the grass as will the race on Saturday. She has post position 5 in an 8 horse field and will be ridden by Rafael Bejarano, the runaway leading rider at the meet.