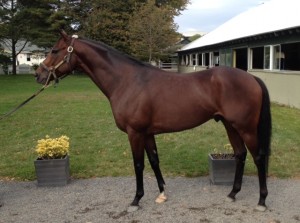 War Correspondent, a five-year-old son of War Front, was purchased by ETP in late September of 2014 and in his first start wearing the Eclipse silks, he finished second beaten only a neck in the $225,000 Autumn Stakes (Grade II) at Woodbine in Canada on November 9. Prior to his purchase, War Correspondent began his racing career collecting two wins, a second and a third in France in his five appearances. He made his USA debut in September of last year winning at Monmouth Park in New Jersey.

War Correspondent has a stallion making pedigree being a full brother to Declaration of War, a multiple Grade I winner in Europe. Belmont Stakes winner Union Rags is also in the family. War Correspondent is trained by Christophe Clement and will be ridden by Joe Bravo who guided Eclipse Thoroughbred Partner’s Danza to a third place finish in the Kentucky Derby last year. The Gulfstream Park Turf Handicap (Grade I) will cover one mile and one-eighth over the grass at 5:28 PM EST going as race 12 on the program. 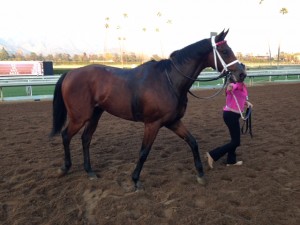 Patrioticandproud will face off against his recent nemesis Finnegans Wake once again in the $200,000 San Marcos (Grade II). Patrioticandproud is coming off second place finishes to Finnegans Wake in the $250,000 Hollywood Turf Cup Stakes (Grade II) when he was beaten a neck and the $200,000 San Gabriel Stakes (Grade II). Patrioticandproud was beaten only a length on that day. This six-year-old son of Proud Citizen has finished in the top three 18 times in his 27 race career. He is closing in on the half-million mark in career earnings now having $492,605. Patrioticandproud, the first horse to represent Eclipse Thoroughbred Partners back in October 2011, has been trained by Mark Casse throughout his career. Along with his recent second place finishes in stakes, he has placed in the Las Vegas Marathon (Grade II) at Santa Anita and in the Autumn Stakes (Grade II) and Victoria Park Stakes both at Woodbine.

The San Marcos will be run at a distance of one mile and one-quarter over the Santa Anita turf course as the seventh race at 3:30 PM PST. Eclipse Award winner Drayden Van Dyke will ride.