Welcome to 2022 Kentucky Oaks Prospect Snapshots, where we’ll take a look at a contender for the May 6 Longines Kentucky Oaks, the female equivalent of the Kentucky Derby Presented by Woodford Reserve. All the major prep races have been run, and all the serious contenders have been established.

This week, we’ll profile Nest, the winner of the Grade 1 Central Bank Ashland Stakes April 8 at Keeneland. She won by 8 ¼ lengths, earning 100 qualifying points toward the Kentucky Oaks and stamping herself as a threat for the first Friday in May.

Racing Resume: Nest started her career in style. She won her career debut by five lengths at Belmont Park on Sept. 25, 2021, winning a 1 1/16-mile maiden special weight race as the odds-on favorite. She finished third by less than a length in the $150,000 Tempted Stakes at Aqueduct next out. In the final start of her 2-year-old season, she overcame a wide trip to win the $400,000 Demoiselle Stakes by a neck at Aqueduct on Dec. 4.

Nest made her first start of her 3-year-old season, and her first start outside of New York, on Feb. 12, 2022, in the Suncoast Stakes at Tampa Bay Downs. She went off as the heavy 3-10 favorite and raced like it, crushing the field by six lengths while drawing away handily in the last eighth of a mile. That race set her up nicely for the $600,000 Ashland Stakes on Apr. 8, where she was the slight 17-10 betting favorite. Under confident handling from Irad Ortiz Jr., she made a four-wide bid for the lead on the final turn, hit the front as they entered the stretch, and kicked away powerfully for an 8 ¼-length victory.

Speed Figures: Nest’s speed figures have improved dramatically in her last few starts. In the Demoiselle, she ran a Beyer Speed Figure of 79 and an Equibase Speed Figure of 80, several lengths slower than the figures earned by the country’s top 2-year-old filly, Echo Zulu. Nest improved to an 82 Beyer and a 99 Equibase figure in the Suncoast.

In the Ashland, Nest ran far and away a career-best race. She earned a Beyer Speed Figure of 92, a few points higher than Echo Zulu’s figure in the Fair Grounds Oaks, and an identical mark to that earned by Secret Oath in the Honeybee Stakes. It’s several points higher than the marks earned by Santa Anita Oaks winner Desert Dawn (88), Fantasy Stakes winner Yuugiri (86), and Gazelle Stakes winner Nostalgic (86). Only Gulfstream Park Oaks winner Kathleen O, who ran a 98 in victory, has a higher last-out Beyer Speed Figure going into the Kentucky Oaks than Nest.

Nest looks similarly impressive on the Equibase scale. She ran a 106 in the Ashland, the best of any Oaks contender by several points. She’s the only Oaks prospect to run at least a 99 twice in her 3-year-old campaign.

Running Style: Nest usually presses the early pace. She likes to rate just off the early leaders, then make her move on the final turn. It’s worked well for her in her last few starts, as she’s worked out stalking trips and drawn off both times. The only downside is that she often gets caught wide. She was three wide most of the way in the Suncoast Stakes, and four wide in the Ashland Stakes. It hasn’t been a problem so far, but if she loses a lot of ground in the Kentucky Oaks against a very tough field, it could spell trouble. 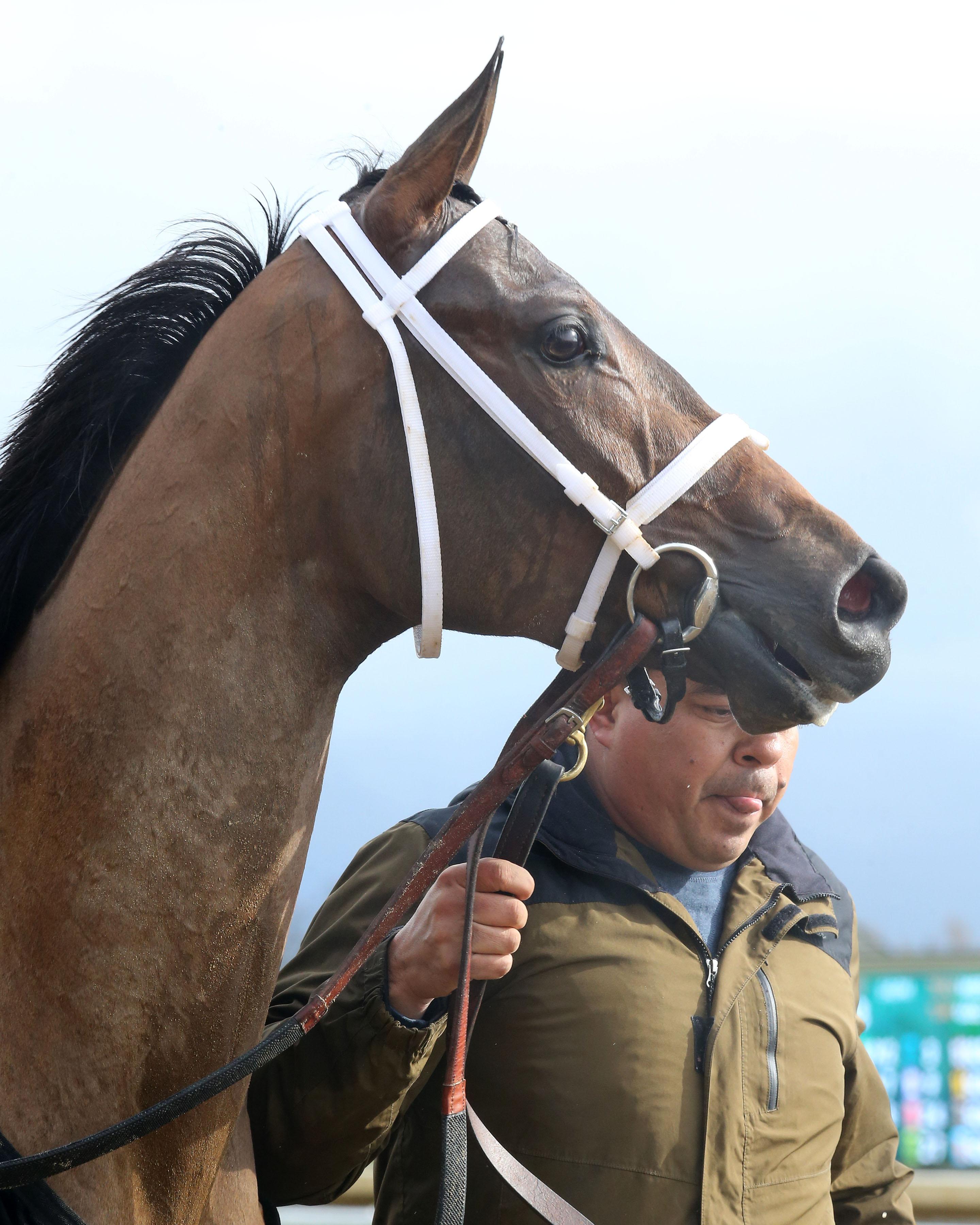 Connections: Nest is owned by a partnership of Repole Stable, Eclipse Thoroughbred Partners, and Michael House. Repole Stable is the nom de plume of Mike Repole, the founder of VitaminWater and BODYARMOR Sports Drink. He’s been one of the most prominent owners in racing for more than a decade. Among his most notable runners include 2010 champion 2-year-old male Uncle Mo and 2019 Breeders’ Cup Classic winner Vino Rosso.

Michael House is a real estate developer from Southern California by way of Lincoln, Neb., who has been involved in thoroughbred racing for decades. He owned multiple graded stakes winners Big John B, Hunt, and Battle of Hastings.

Nest’s trainer, Todd Pletcher, is a recent Hall of Fame inductee and has been one of the most prominent trainers in the country for decades. He’s won the Oaks four times: with Ashado in 2004, Rags to Riches in 2007, Princess of Sylmar in 2013, and Malathaat last year.

Nest has been ridden by one of the country’s leading jockeys, Irad Ortiz Jr., in each of her four victories. Dylan Davis rode her in the Tempted while Ortiz was away at the Breeders’ Cup World Championships.

Pedigree Notes: Nest’s sire is Curlin, who was voted Horse of the Year in 2007 and 2008, and has since established himself as a top stallion and stamina influence. He sired last year’s Kentucky Oaks winner Malathaat as well as the aforementioned Vino Rosso, champions Good Magic and Stellar Wind, 2016 Preakness winner Exaggerator, and 2013 Belmont Stakes winner Palace Malice.

Nest’s dam (mother) is Marion Ravenwood. She won four times in ten career starts, including a win in the Capades Stakes at Aqueduct in November 2011. Her sire, A.P. Indy, was the 1992 Horse of the Year and is considered one of the greatest stallions in American racing history. In addition to Nest, Marion Ravenwood also is the dam of 2021 Santa Anita Oaks winner Idol.

Oaks Potential: Nest is hitting her best stride at the right time. She’s improved dramatically in her two starts as a 3-year-old, and her Ashland victory was among the most impressive Oaks preps so far.

However, she’s wading into very tough waters in the Oaks. This is shaping up as one of the best Oaks fields in recent memory, and Nest has not yet faced any of the other major contenders. As noted above, she often gets caught wide in her races, and she could be in trouble if she loses too much ground. Nevertheless, she has a world of potential, and if she keeps improving, a wide trip might not matter.