Ohio (BRZ) scored a hat trick on Friday capturing the $75,000 Cotton Fitzsimmons Mile Handicap at Turf Paradise for the third year in a row. Ridden by Luis Fuentes, Ohio stalked the leader before drawing clear inside the 1/8th pole crossing the finish line 2 lengths in front completing the course in 1:37.27. This puts Ohio in thoroughbred racing history in company with the great Forego who won the Widener Handicap-GI in 1974, 1975 and 1976. What is even more remarkable is Ohio is 10 years old! Winning races at 10 is highly unusual. Winning Stakes races is incredible.

Eclipse Thoroughbred Partners founder and President, Aron Wellman became a fan of Ohio’s when the horse first started competing in Southern California in 2016. When Ohio appeared in the entries in a $50,000 claiming race in June, 2018, Aron and Bruce Treitman could not resist and claimed him. Ohio finished last that day. 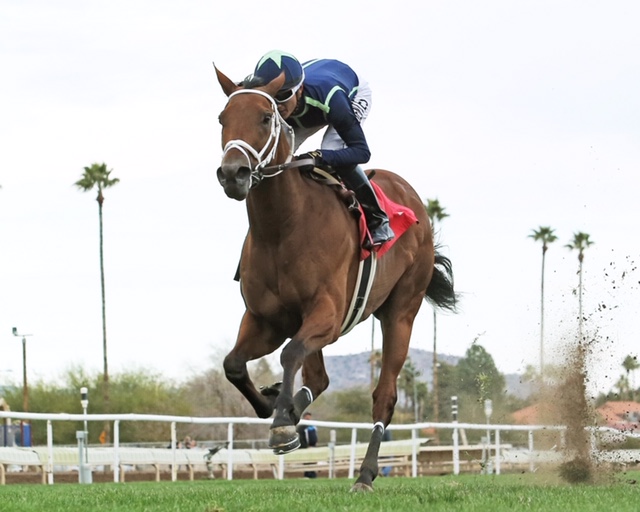 A son of Elusive Quality out of Etoile Blanc (BRZ), Ohio was bred in Brazil. Following the claim, Ohio was put in the care of Michael McCarthy who already had several Eclipse horses in his stable. The first time Ohio appeared in the Eclipse Thoroughbred Partners’s baby blue and black silks, he was a winner and has never run for a tag since. In total, Ohio has run 16 times since he was acquired. Of these races, 14 have been Stakes events. This gelding has 5 wins, 2 seconds and 3 third place finishes for Eclipse. The highlight of his career happened on March 30, 2019 when he was best of all in the Frank E. Kilroe Mile Stakes-GI. For Eclipse Thoroughbred Partners, Ohio has earned $503,153. During his racing career, Ohio has made 36 starts accumulating 11 wins, 5 seconds and 4 third place finishes bringing his total earnings to $639,298. In his past sixteen races, Ohio has achieved an Equibase Speed Figure ranging from 100 to 118, a feat rarely accomplished. 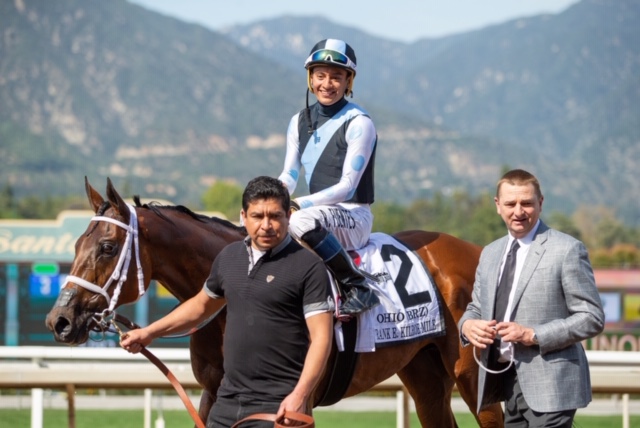 While sharing his feelings for this warhorse veteran, Wellman said, “I’ve been fortunate to be involved in a lot of special moments in horse racing, including multiple Classic on multiple continents wins and Breeders’ Cup wins, but watching Ohio, now at the age of 10, win the same Stakes race 3 years in a row was quite possibly the coolest thing I’ve ever been associated with in horse racing. He is all class and having won a Grade 1 at Santa Anita in our silks like the Frank E. Kilroe Mile and now delivering a 3-peat in the Cotton Fitzsimmons makes Ohio near and dear to the Eclipse brethren’s hearts. We started Eclipse to make history and the Ohio story deserves a big chapter in the book we’re creating with the baby blue and black. We stand for horsemanship and sportsmanship and this venture with Ohio has embodied that and then some. Between the horse, his trainer Michael McCarthy and everyone else who’s played a role in Ohio’s career since Eclipse has owned him, it represents all that is good about this beautiful game we play called horse racing.”