On the East Coast this past weekend, Eclipse Thoroughbred Partners welcomed the opening of Belmont Park with open arms.  While the Saratoga meet did not unfold the way we had hoped, the Belmont meet has started with a bang as Eclipse sent four horses to the starting gate and all four came home winners.  We are on top of the Leading Owners list, three wins ahead of our closest pursuers.

On opening day this past Friday, Eclipse’s three-year-old filly Tesora, by Scat Daddy, was seventh having only two beat approaching the eighth pole in the $100,000 Christiecat Stakes.  While six wide under Hall of Fame jockey Javier Castellano, Tesora swept past the field to win by 1 ½ lengths.  After capturing her two starts at two, the Jonathan Thomas trained Tesora now has three wins in five lifetime starts with earnings of $121,600.  She was purchased at the 2016 Keeneland September Yearling Sale and races in partnership with TNIP Racing.   While the $75,000 Unzip Me Stakes on September 29 is on the radar screen, we probably will opt for the $100,000 Grade 3 Autumn Miss also at Santa Anita on October 27.  This gives Tesora the opportunity to capture a Graded Stakes versus her own age group. 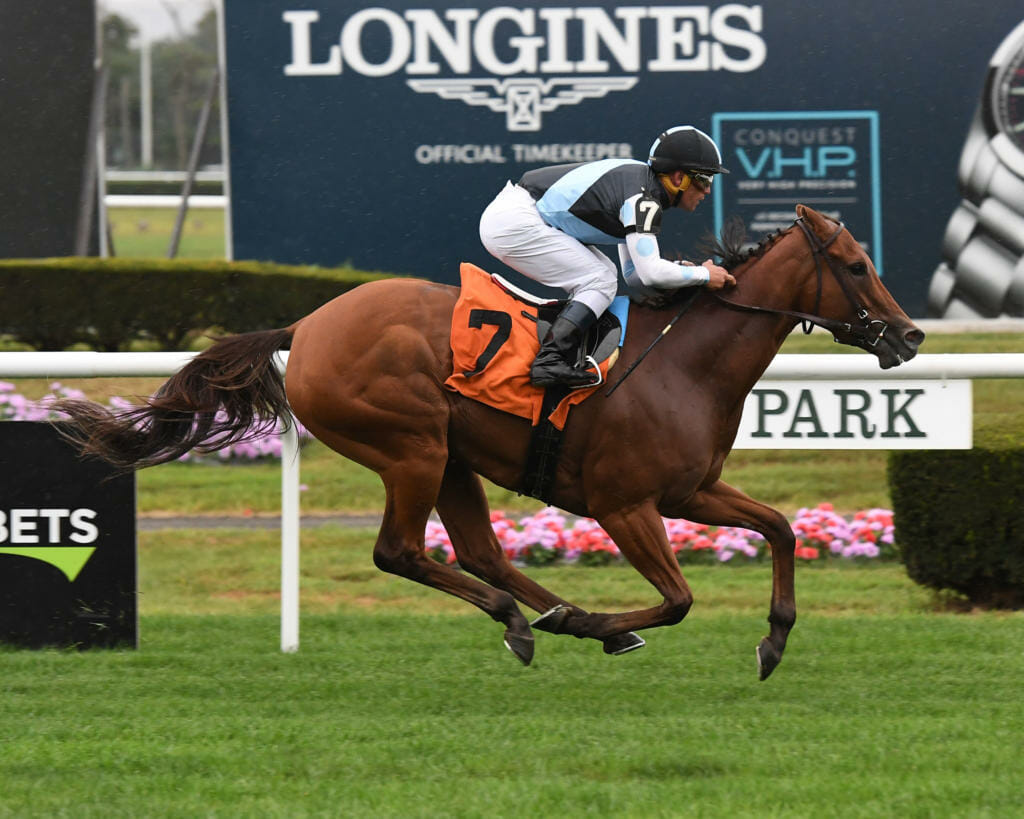 On Saturday, September 8, Orecchiette and Current proved best in their respective starts at Belmont.  After finishing second in the $106,500 Jill Jellison Memorial Dash at Suffolk Downs on August 4, Orecchiette was happy to return to Belmont Park .  She won on the grass at that site in June and July and did so again in an Allowance race Saturday.  Orecchiette broke on top and never looked back in the six furlong turf test winning by 2 ¼ lengths.  In four starts this year, this four-year-old daughter of Harlan’s Holiday has the three wins at Belmont and the second in the Stakes at Suffolk Downs bringing her career earnings to $176,622.  Trained by Jonathan Thomas, this filly has finished in the top three in eight of her eleven lifetime starts.  She was ridden by Javier Castellano .

Just a half hour later, Current rose to the occasion in his second career start to get his picture taken.  Third in his debut at Saratoga in a race where he clearly demonstrated his inexperience, Current took a big step forward Saturday, handling a serious group of colts with strong pedigrees and connections.  Current stalked the leader from early on and while floated wide at the top of the stretch, his superior ability came through inside the eighth pole as he crossed the finish line three lengths in front.  This two-year-old son of Curlin was ridden by Hall of Fame jockey John Velasquez and is trained by future first ballot Hall of Fame trainer Todd Pletcher.  Current is campaigned in partnership with Robert LaPenta.  He was purchased as a yearling in 2017 at the Keeneland September Yearling Sale. 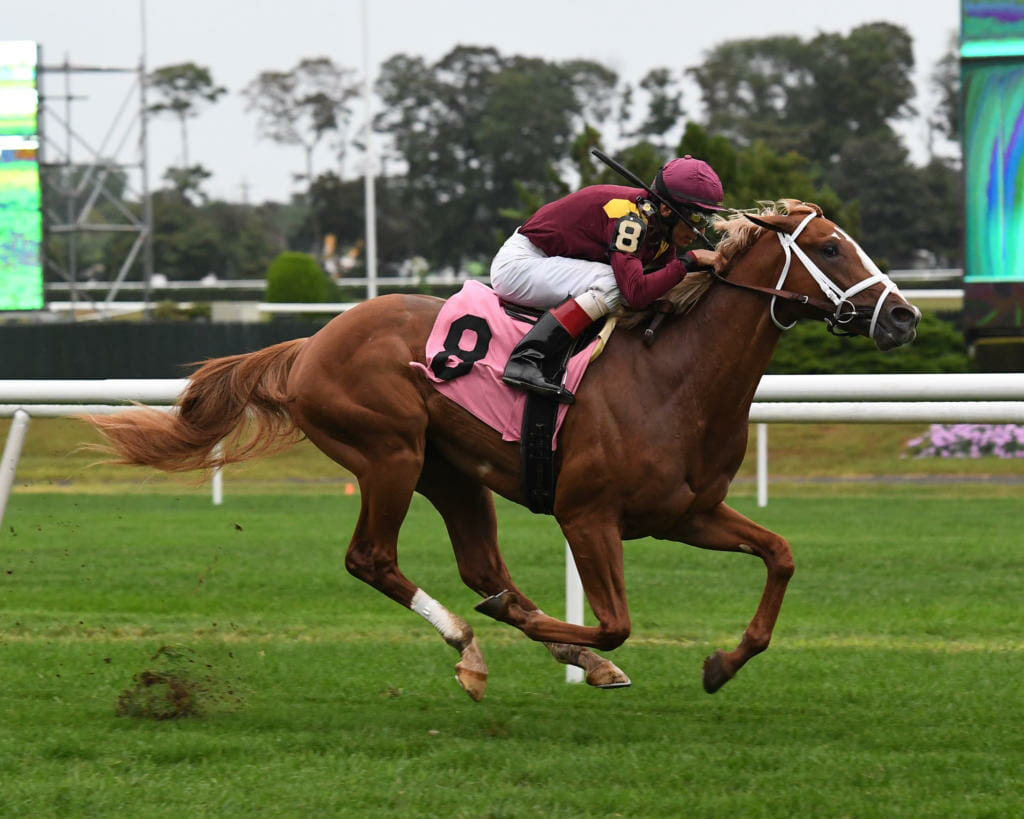 Current will only get better as he gains more racing experience.  While his two starts have been on the turf, we do not believe he has to have grass to be successful.  Current will be given the opportunity to prove us right.

On Sunday, Eclipse’s big weekend was capped off by Pipes capturing a Maiden Special Weight affair in his third lifetime start.  This two-year-old son of Exchange Rate, trained by Gary Contessa, finished third in two sprints at Saratoga – one over a sloppy surface and one on the grass.  Under John Velasquez, Pipes stretched out to a mile and a sixteenth in a race taken off the turf and moved to the main track.  Just off the leader by no more than a length for the first ¾’s of a mile, Pipes quickly took control opening up by daylight and proving best by 6 ½ lengths in this New York-bred Maiden Special Weight race.  It is nice to see this colt has the versatility to handle both grass and dirt. 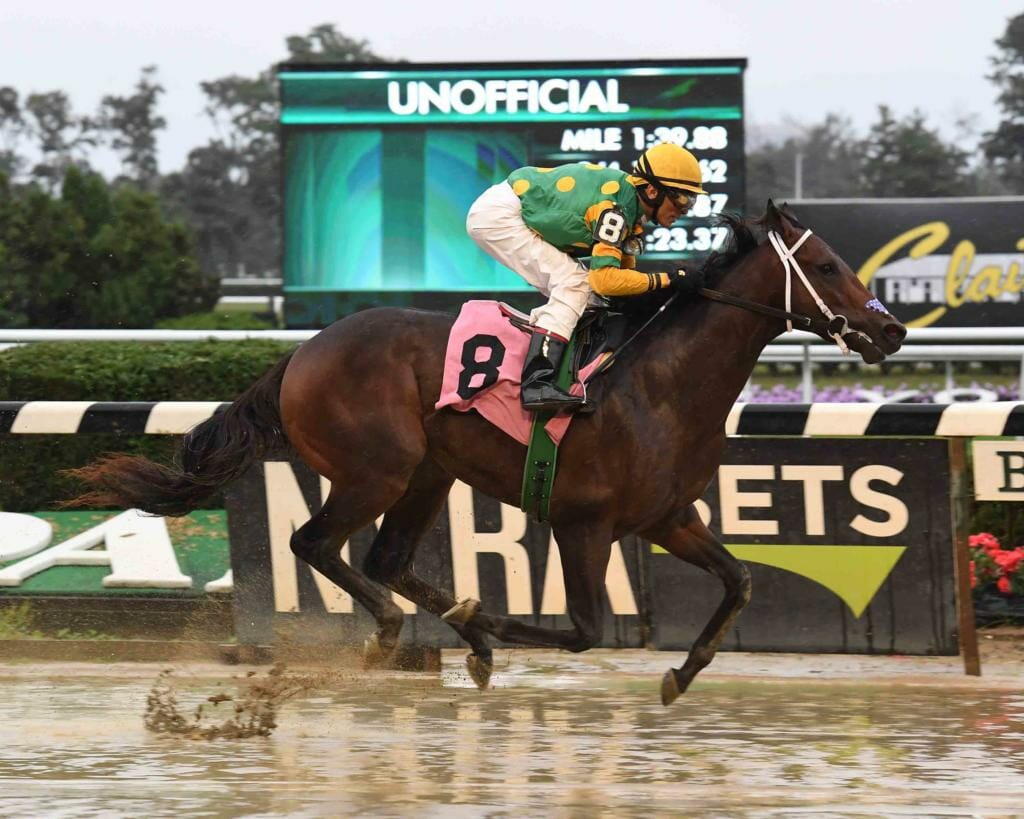 Pipes is campaigned in partnership with Dogwood Stable founder Cot Campbell.  Dogwood’s famous green and yellow silks made a triumphant return to the winner’s circle.

A great way to begin the Fall season and we will continue to Believe Big!