LEXINGTON, Ky. – It took 1:45.10 from the time the starting gates sprang open for the Grade 3, $250,000 Bourbon Stakes to when Current and Henley’s Joy hit the wire. But Current’s connections had to wait just a few minutes longer to find out if they were, indeed, heading to the Breeders’ Cup.

“It was so close, I didn’t know if I had it,” jockey Jose Ortiz said.

After the photo was scrutinized for several long minutes, the furiously closing Current and Ortiz had, indeed, gotten up by a nose over Henley’s Joy, snatching the Bourbon’s automatic berth into the Breeders’ Cup Juvenile Turf on Nov. 2 at Churchill Downs. 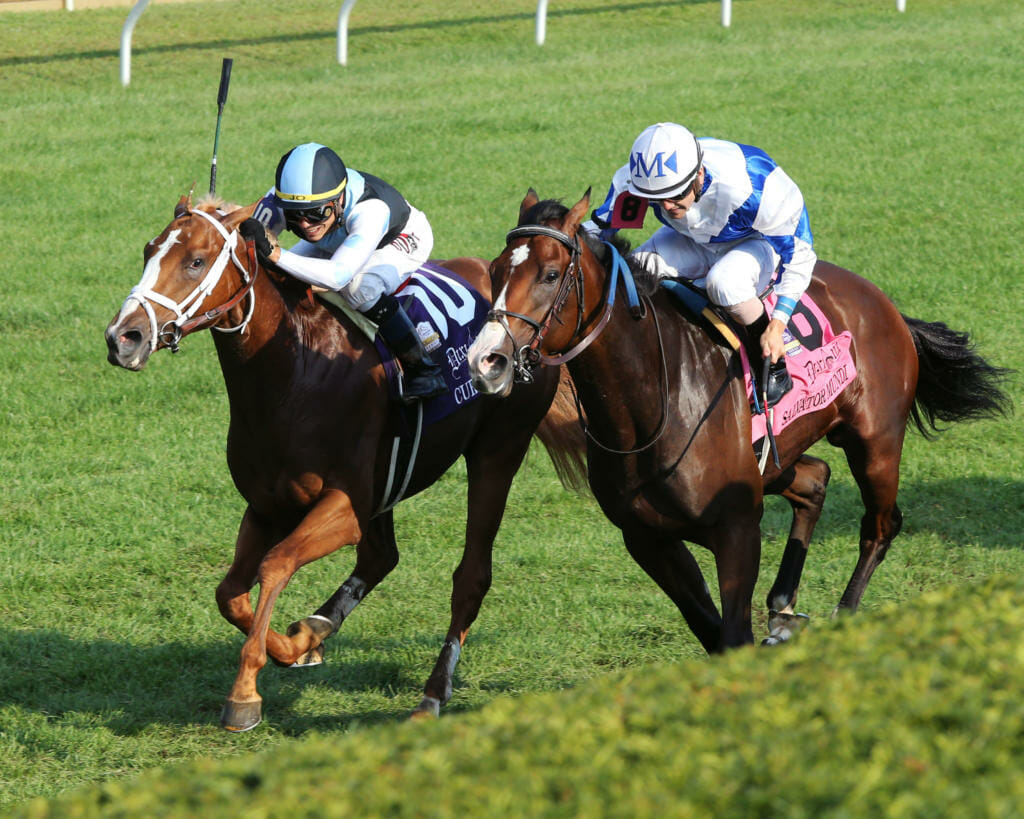 Current ($11.80), who broke from post 9 in the field of 13, was ninth after a half-mile. Post-time favorite War of Will, who broke from the rail, led the way through a moderate opening half of 48.82 seconds on turf officially rated firm.

Ortiz maneuvered Current out for clear running room around the far turn, but had to deal with some greenness from his mount, who was making his third career start.

“I hit him left-handed, and he drifted out two or three paths,” Ortiz said.