While 2020 will always be looked upon sadly as the year of the Covid-19 pandemic, the weekend of August 22-23 will have a very warm spot in the hearts of the Eclipse Thoroughbred Partners brethren. Five Eclipse partnerships were rewarded with horses entering the winner’s circle. Red Lark (IRE) and Gretzky the Great highlighted the weekend capturing the Del Mar Oaks-G1 and the Soaring Free Stakes respectively. Muchly, Gravitas and Complete also added to their list of victories.

On Saturday August 22, Red Lark became Eclipse’s 12th individual Grade1 winner and 14th top level success since Eclipse Thoroughbred Partners hit the ground running in 2012. Red Lark was purchased in Ireland last fall. She is trained by Paddy Gallagher and was ridden on Saturday by Drayden Van Dyke. In the Del Mar Oaks-G1, Red Lark was sixth for the opening 3/4’s of a mile before launching her bid from the outside. She caught the leader inside the 1/8th pole and came home a length winner under the baby blue and black silks. Red Lark has been in the finish line frame in all seven of her starts for Eclipse, including a second in the Wilshire S.-G3. She completed the 1 1/8 on the grass in 1:48.64 and now has career earnings of $225,000.

Red Lark was training so well leading up to this race, she was supplemented when entries were drawn last weekend. Looking forward, she will be nominated for the Grade 1 Belmont Oaks on September 18. Also on the radar screen is the Grade 1 Queen Elizabeth II Challenge Cup at Keeneland on October 8.

On Sunday, August 23, Gretzky the Great became a Stakes winner at Woodbine in only his third career start. winning the Soaring Free Stakes. Second in his career debut on the turf in July behind Ready to Repeat, Gretzky the Great avenged that defeat in the Soaring Free. Coming off a wire to wire victory over the Tapeta surface on August 2, our colt stalked the leader staying within 2 lengths of the lead. Gretzky the Great would not be denied in this grass Stakes getting up in the shadow of the wire to win by a neck. This colt is the first offspring of Kentucky Derby winner Nyquist to win a Stakes. Gretzky the Great is trained by Hall of Fame trainer Mark Casse and has been ridden in all three starts by Kazushi Kimura, the 2019 Eclipse Award winner for outstanding apprentice jockey. The 6 1/2 furlongs was completed in 1:13.83.

Following the race, Eclipse founder Aron Wellman commented, “Speed, class, constitution in body and mind and heart are a tough combo to come by in a thoroughbred racehorse and from the looks of his 3 races in 6 weeks, including a 2nd and 2 wins, 1 of which is a Stakes, Gretzky has that elite blend of ingredients.”

Gretzky the Great will point for the Grade 1 Summer Stakes at Woodbine on September 20.

Along with Gretzky the Great’s win on Sunday, Eclipse Thoroughbred Partners won three more races. Muchly, another European import, captured an Allowance race at Del Mar. Muchly, trained by Simon Callaghan and ridden expertly by Umberto Rispoli, stalked the leader before rallying in the stretch and in a hard fought battle, won by a neck. Muchly has been knocking on the door to the winner’s circle and pushed it open here. 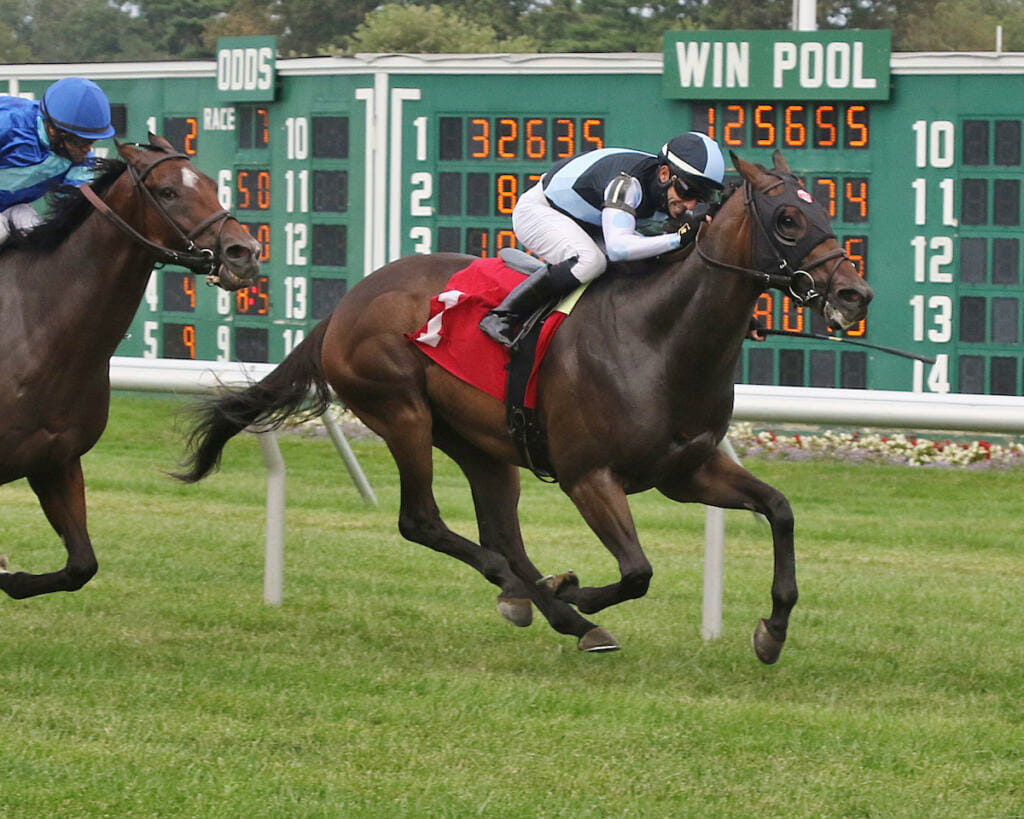 Gravitas always makes his ETP partnership proud of him. In four lifetime starts, he has recorded 2 wins and 2 seconds. Trained by Jonathan Thoma, Gravitas led gate to wire on Sunday at Monmouth Park. Given a perfect ride by Antonio Gallardo, Gravitas opened up by over 4 lengths down the backside. While challenged in the stretch, Gravitas would not be denied winning by a neck.

The appropriately named Complete finished off the weekend win streak coming from second to last to win at Ellis Park. Wearing our baby blue and black silks, Complete notched her third win for Byron “Scooter” Hughes who just happens to be Eclipse’s Kelsey Marshall’s father-in-law. Ridden by veteran jockey James Graham, Complete needed all of the one mile on the turf to make the lead in the closing strides. 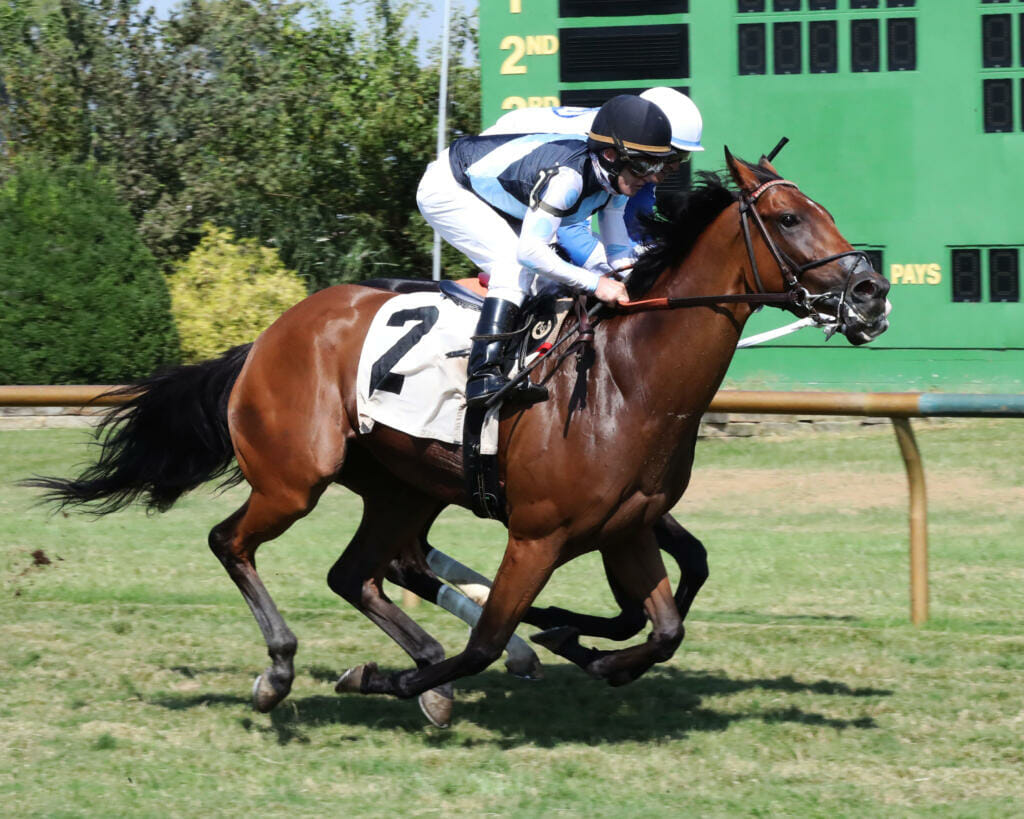 This past weekend always will be remembered as one of the major highlights in the history to date and future history to be made for Eclipse Thoroughbred Partners.